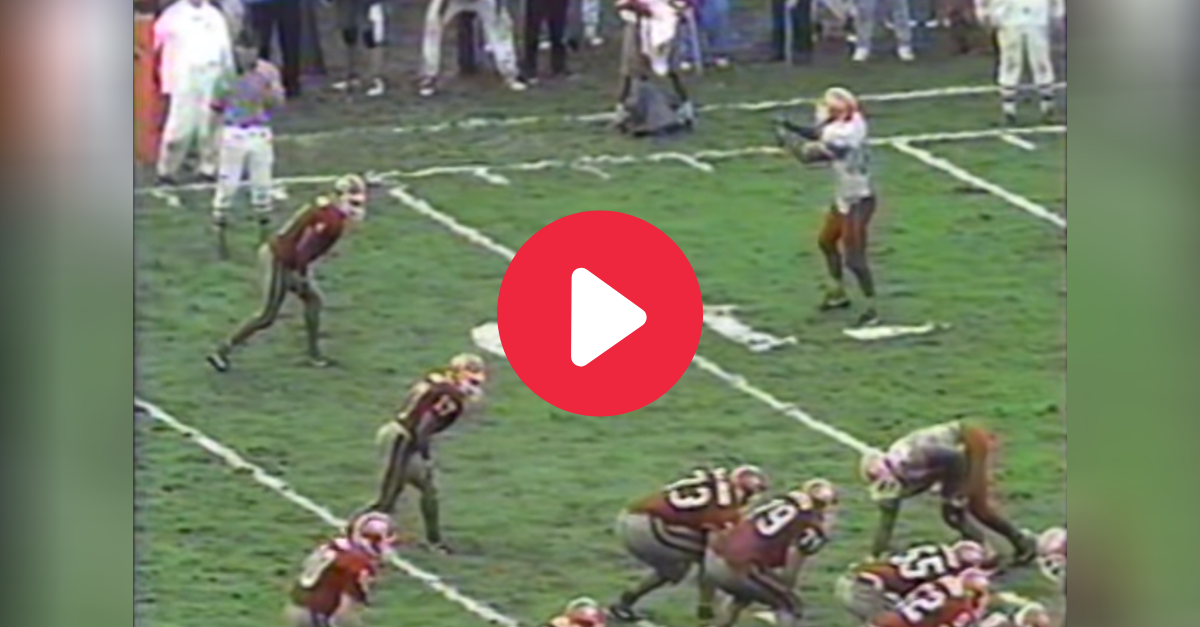 The Florida Gators and Georgia Bulldogs own an NCAA rivalry that runs deeper than the St. Johns River in Jacksonville, Florida, where the two teams meet every year for the World’s Largest Outdoor Cocktail Party.

There’s truly no holding back when these two Southeastern Conference powerhouses butt heads in the “War for the Oar” at TIAA Bank Field. Brandon Spikes demolishing Knowshon Moreno in 2008, the “Gator Stomp” of 2007 and “Run, Lindsay, Run” in 1980 are just a few of the memorable moments this rivalry has produced. Steve Spurrier even once dodged a cup full of tobacco thrown at him by a UGA fan in 1995.

Florida-Georgia is more than just bragging rights. It often determines which SEC East program heads to Atlanta to play in the SEC Championship game. The last five SEC East winners have came from Athens or Gainesville.

In the 1993 installment of Florida-Georgia, the last ever in Gator Bowl Stadium, fans were treated to one of the wildest endings in both programs’ histories.

For starters, the game was a freakin’ mess.

Rain turned the Gator Bowl field into a sludgy, slip-and-slide swamp that day. White jerseys and pants were stained brown and green by the end of the fourth quarter, when the Georgia Bulldogs found themselves down 33-26 with five seconds to go.

UGA quarterback Eric Zeier threw a 13-yard touchdown pass to Jerry Jerman, giving the ‘Dawgs an opportunity to tie the game on an extra point. But officials ruled that Florida cornerback Anthone Lott had called a timeout right before the snap.

“Anthone called that timeout. We didn’t get lined up correctly and I think the bench was hollering and he was able to see it. I was just over there hoping someone had called one. It seemed like, right there, at the end, we were just meant to win,” UF head coach Steve Spurrier told FloridaGators.com.

The controversial and confusing play led to heartbreak among Georgia fans.

Zeier threw a fade in the back of the end zone to Hason Graham, who hauled it in out of bounds. But wait! A pass interference call gave UGA one more shot. Zeier then failed to hit Jeff Thomas in the end zone, meaning the Gators had escaped with a victory.

UGA Players Were Upset With Officials

Spurrier exhaled a sigh of relief from the sidelines while Georgia players sat on their knees wondering what just happened. Some Bulldogs were not exactly thrilled with officials after the game.

“I thought we got the ball off,” Zeier, who played six years in the NFL, later said.

“They definitely made a mistake. They made a big mistake. With five seconds left, you can’t just be calling a timeout. This is their fault, I believe that,” Georgia linebacker Mitch Davis, who tallied 13 tackles, two sacks and an interception, said of the referees.

Y'all know what time it is…

Name the most random former college football player who pops into your head.

Florida’s “fun-n-gun” offense was anything but fun that day. Danny Wuerffel played miserably before Terry Dean replaced him under center. Dean threw for just 105 yards. UF tailback Errict Rhett, who amassed 183 yards and two touchdowns on 41 carries in the rain, instead played hero.

The win marked four straight Florida victories over the Bulldogs. UF lost just one of these college football matchups in the 1990s and won 13 of 14 beginning in 1990.

The Gators in 1993 went on to beat Alabama in the SEC Championship game before dismantling West Virginia at the Sugar Bowl in New Orleans. They finished 11-2 (their only losses to Auburn and Florida State) and No. 4 in the final polls. They went on to win the program’s first national championship in 1996 under Heisman Trophy winner Danny Wuerffel.

As for Georgia Bulldogs, well, they’ve experienced plenty more heartbreak since. The 1993 Florida-Georgia game is just one of many games that replay in UGA fans’ nightmares.

MORE: Remember When Georgia Did ?The Gator Stomp? Against Florida?