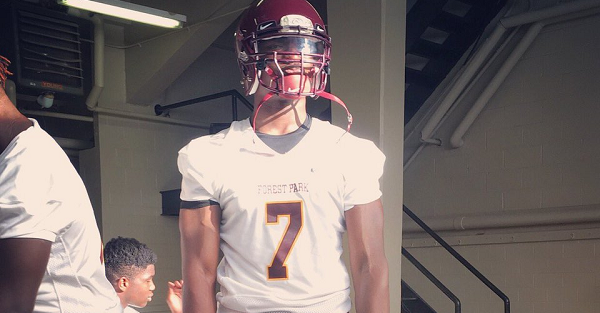 Four-star defensive end Justin Eboigbe now has over 20 offers from schools and he just visited with the Clemson Tigers last week. However, he doesn’t have the 2016 national champions on the top of his list quite yet. He did tell 247Sports that Georgia, Florida, Georgia Tech, Wake Forest, Mississippi State, and Ole Miss are the programs recruiting him hardest though.

He visited Auburn this past weekend and has taken trips this calendar year to Georgia Tech, Georgia, and Tennessee.

The 6-foot-5, 260-pound strong side defensive end is ranked as the No. 9 recruit at his position and No. 11 recruit in the state of Georgia according to 247Sports’ own rankings. He also has offers from Auburn, Florida State, Louisville, Miami and Notre Dame among others.