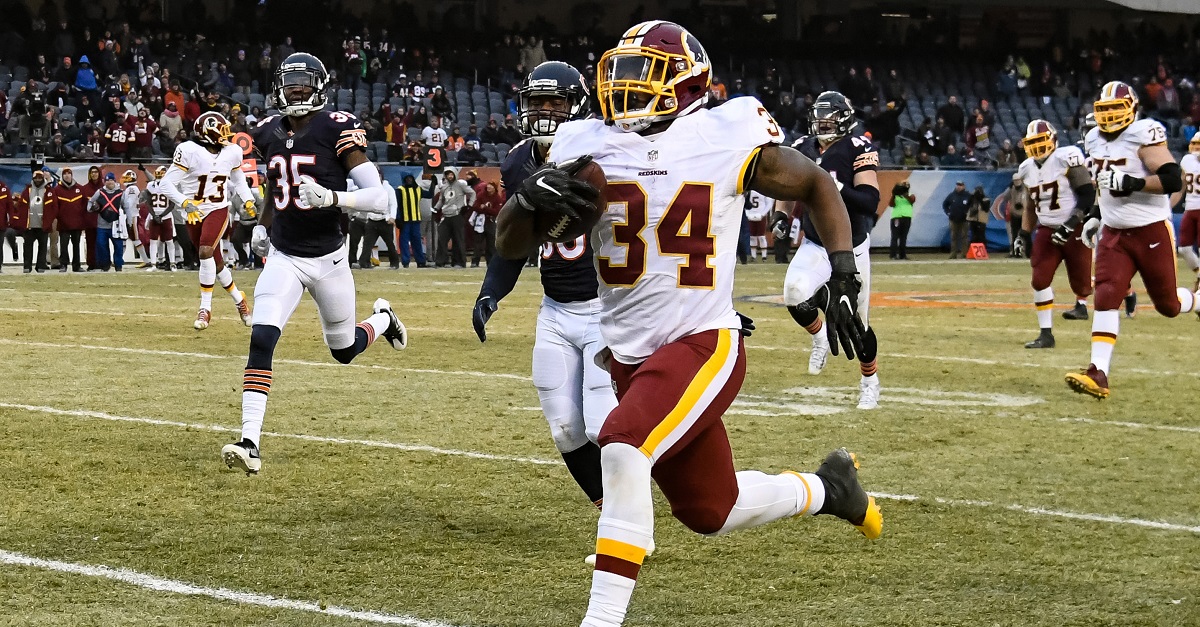 The Washington Redskins put on a thorough offensive clinic against the Chicago Bears on Sunday in their 41-21 win. It was so bad that a bunch of the reserves got in the game and one of those was former Florida great Mack Brown.

Brown made the most of his time by recording a 61-yard touchdown run and the fastest run for anyone in the NFL this season.

That will certainly turn some heads and give Brown a shot with someone should the Redskins decide to part ways with him.