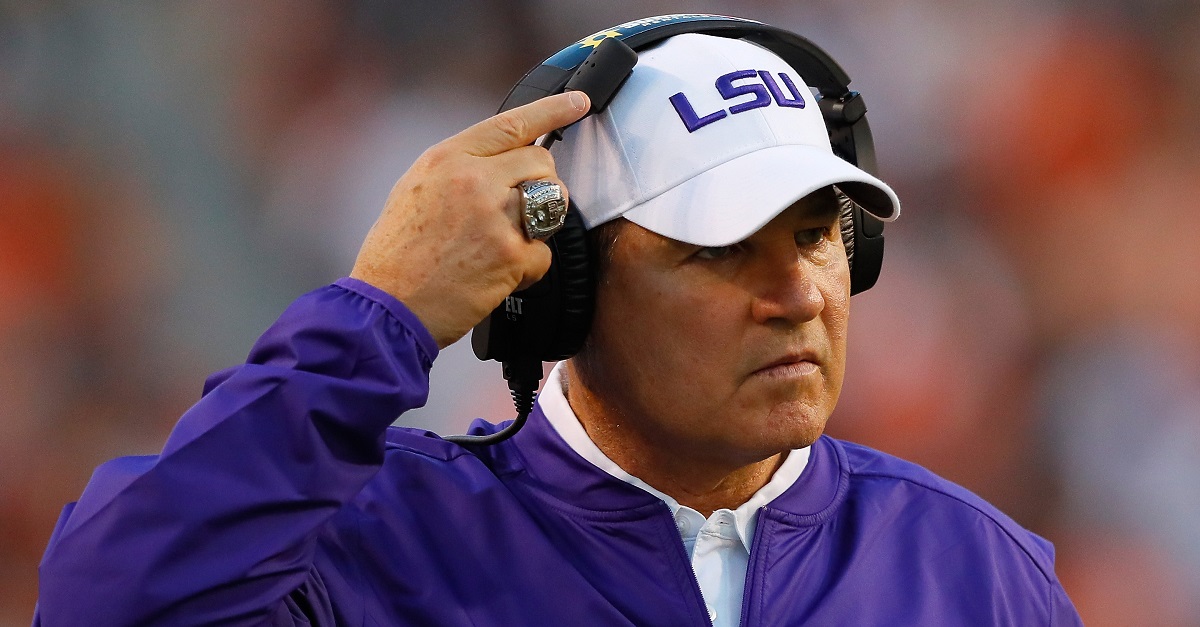 Les Miles is reportedly interested in naming Hugh Freeze as his offensive coordinator should he get another head coaching job, according to Sports Illustrated’s Bruce Feldman.

Have heard Les Miles has interest in making Hugh Freeze his OC if he does get another head coaching job. One of the concerns with Miles has been his offense. Freeze’s spread system might help ease some of those doubts.

Freeze went 39-25 during five seasons as Ole Miss? head coach before being forced to resign from the position in the wake of a scandal in which he made calls to a Tampa escort service using a school-issued phone. That incident took place amid a long, ongoing NCAA investigation that led to multiple penalties against the university.

Freeze is currently serving a one-year restriction penalty as head coach, which followed the NCAA?s ruling. However, he can become an assistant coach immediately should a position become available.

On Wednesday, sources confirmed to Rivals analyst Neal McCready that there was mutual interest between Miles and Arizona for the school’s vacant head coaching position.

Hearing Les Miles is in real communication with University of Arizona today. Both parties are mutually interested. Miles wants to get back on the field.

The former coach spent the past season working as a television analyst after being fired by LSU during the 2016 season.

Miles holds a 141-55 overall record, which also includes a 28-21 record at Oklahoma State. He also only missed a single bowl game in his entire head coaching career and went 8-6 in the postseason, including wins in the Sugar, Peach and Cotton Bowl.