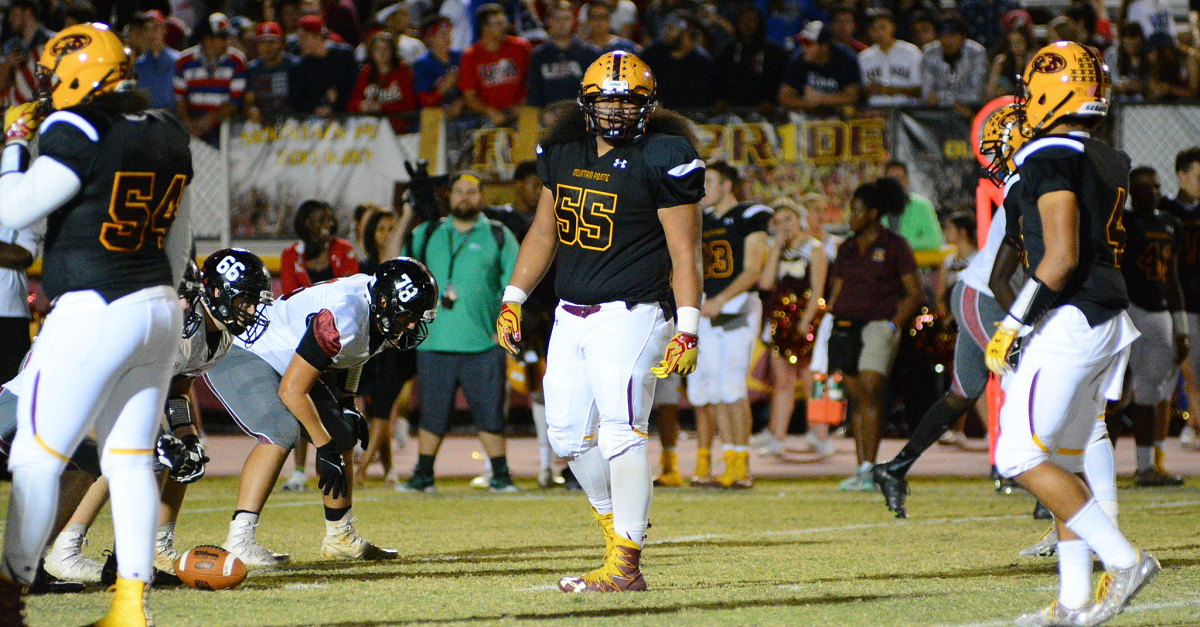 Four-star defensive tackle Matthew Pola-Mao is the younger brother of USC safety Isaiah Pola-Mao and so it should come as no surprise that he has USC in his top schools list. However, he’s got some other interesting choices in there as he announced on Twitter.

He has Washington, Utah, Oregon, Tennessee and Michigan along with USC on that list. That seems to be all over the place for the Arizona native, but he has a few other choices as well with the likes of BYU, Arizona, Oregon State and Illinois offering him a scholarship as well.

Pola-Mao is ranked as the No. 5 defensive tackle and the No. 2 recruit in the state of Arizona in the class of 2019 according to the 247Sports Composite Rankings.