Rocky top. It's an iconic song at every University of Tennessee home football game. Nothing rocks Neyland Stadium quite like the timeless song by the Osborne Brothers. Hearing 100,000 deep belt out that collective "WOOO" is enough to rock any quarterback's confidence.

Rocky top has been a staple in Knoxville for 50 years, but how did it come to be at UT football games? It turns out it was first debuted against Alabama back in 1972.

A History of "Rocky Top" at Neyland 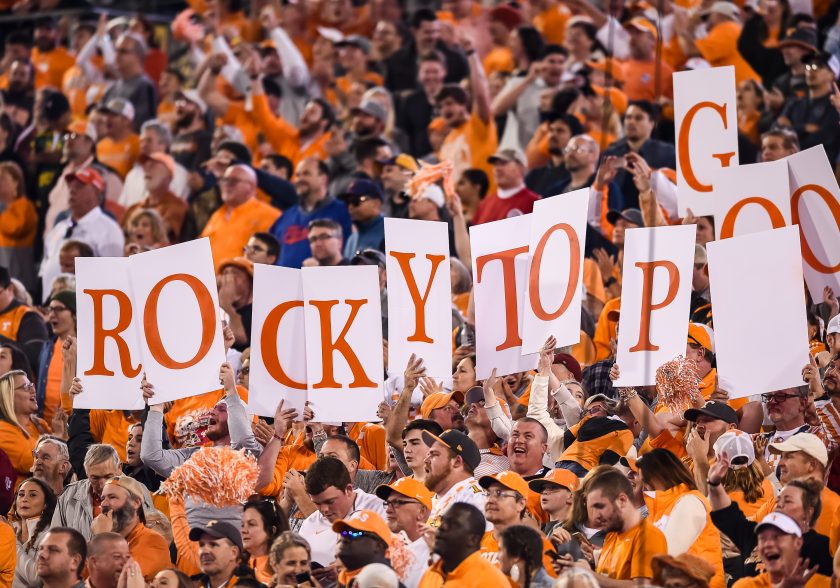 Back Oct. 21, 1972, third-ranked Alabama traveled to Knoxville to play 10th-ranked Tennessee for a top 10 matchup. Tennessee was down 3-0 by halftime when UT Band Director W J Julian instructed The Pride of the Southland marching band to play "Rocky Top." Tennessee then jumped out to a 10-3 lead by late in the fourth quarter, but a defensive collapse and a fumble led to a 17-10 Alabama win.

It didn't matter. Rocky Top was there to stay.

According to UT, the band "jazzed up" the song two years later for the 1974 Conference Coaches Association tournament, and that's the version still played to this day. The song became an official state of Tennessee song in 1982, 10 years after it was first played at Neyland.

The beloved song has transcended football games in the time since. Dolly Parton sang it at the 2009 UT commencement ceremony, and Garth Brooks performed his own rendition at Neyland Stadium during his stadium tour in 2019. And, of course, Peyton Manning has gotten in on the action.

However, not everyone in Knoxville agrees on one part of the lyrics. 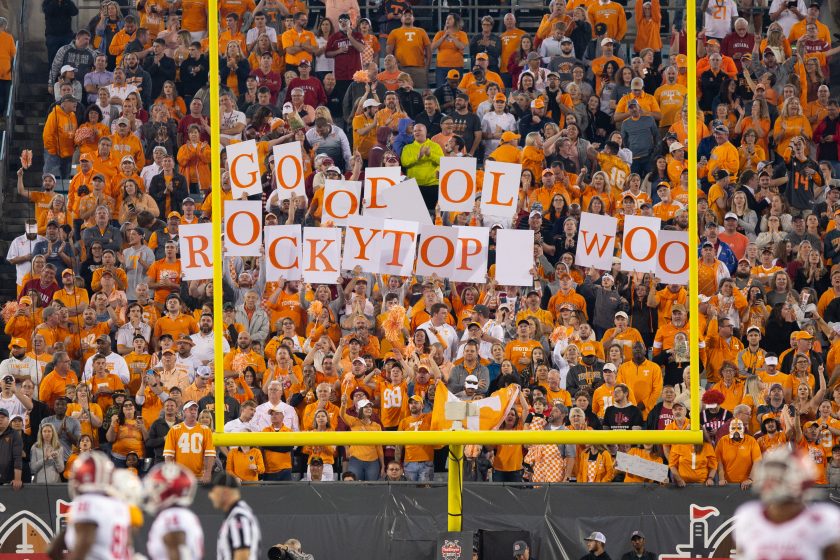 "Rocky Top" was written by Felice and Boudleaux Bryant in 1967 and first recorded by the Osborne Brothers later that same year. It didn't become popular until the early 1970s, though, when Lynn Anderson's version shot up the country charts.

Here are the song's official lyrics, which distinctly lacks the "WOOOs."

This is where things get dicey. Tennessee fans are apparently split on whether to scream "WOO!" after singing, "Good ol' Rocky Top." It's a whole debate among fans, so much so that even one fan thinks the "WOO!" has been the reason for years of mediocre seasons.

I blame the ?woo? for the decline of TN football

As for me and my house, we ?woo? when we sing Rocky Top.

The school's twitter account even put out a poll to settle the debate. About 1,500 people voted, and the majority agreed: the "WOO!" is for the best.

(non) Emergency #VolPoll: Is it time for a new tradition? Should we all shout "woo!" every time we walk under the Rocky Top lyrics in the @UTKStudentUnion????

Woo or no woo, "Rocky Top" has been a staple at UT for the last 50 years. Five decades after the song was debuted, the band put on a replica performance of the debut during homecoming against UT-Martin this season. Fans can expect another 50 years of "Rocky Top," because it will always home sweet home to them.

MORE: Tennessee's "Running Through the T" Tradition is One of College Football's Best