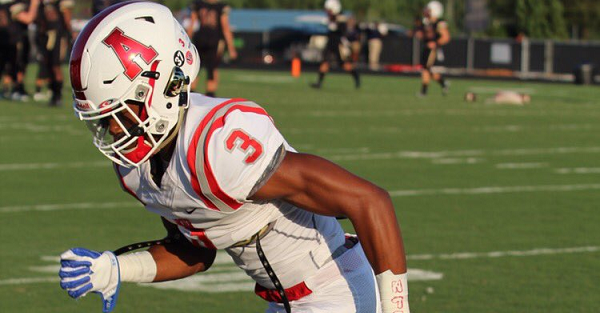 Four-star cornerback Taiyon Palmer has over 25 offers to play his football at an FBS school, but he’s already narrowed it down to three. He took to Twitter to make that announcement as well as make it clear when he will be committing.

The 6-foot, 178-pound Georgia native is ranked as the No. 29 player at his position and No. 31 recruit in the state for the class of 2018 according to the 247Sports Composite rankings. He also has offers from Alabama, Arkansas, Clemson, Florida, Louisville and Minnesota among others.