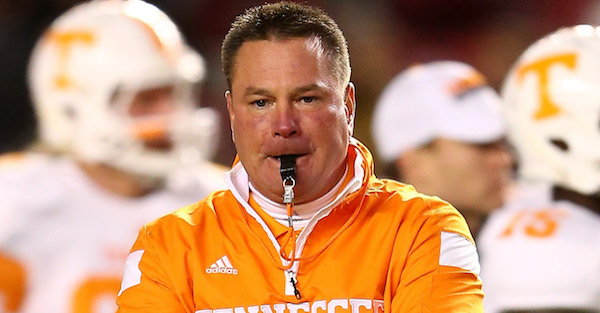 COLUMBIA, SC - NOVEMBER 01: Head coach Butch Jones of the Tennessee Volunteers watches on before their game against the South Carolina Gamecocks at Williams-Brice Stadium on November 1, 2014 in Columbia, South Carolina. (Photo by Streeter Lecka/Getty Images)

Have multiple folks on campus indicating to me that 2 #Vols reserve OL have quit the team.

A transfer down to I-AA would allow both to play next season without sitting out a year.