The Women's College World Series has evolved so much over the years.

Some things have remained pretty constant -- like how every tournament except once since 1990 has been played in Oklahoma City's USA Softball Hall of Fame Stadium (which, if you ask me, gives Oklahoma an unfair home-field advantage). Yet the teams, players and coaches who enter the softball mecca every year present fans with new faces. The ratings, too, are evidence that the sport is increasing in popularity.

This year's WCWS is the 40th anniversary. With that being said, I wanted to take a trip down memory lane to the very first one in 1982. But I can't tell the story without mentioning the controversy behind it, stemming from an intense battle between the NCAA and the AIAW, the collegiate women's athletics governing body that preceded the NCAA.

If not for some fierce loyalty, Texas A&M would be remembered as the first winner of the WCWS.

The NCAA vs. the AIAW 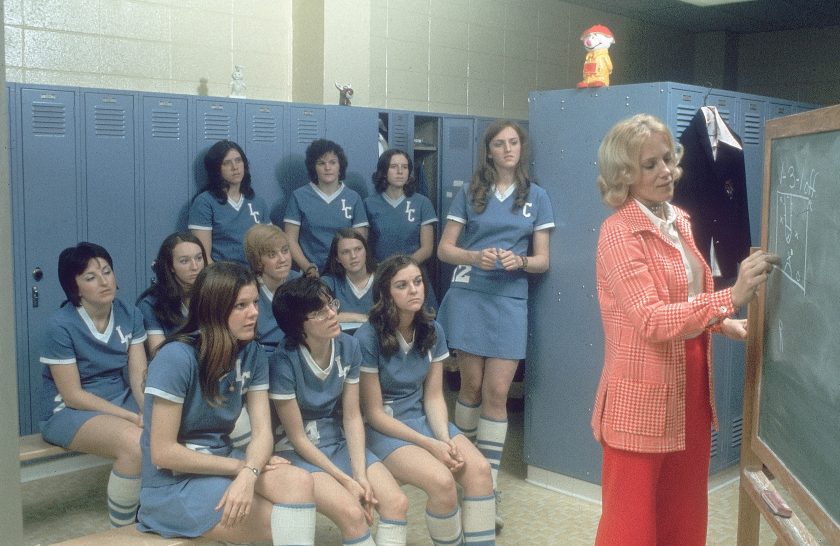 The Association for Intercollegiate Athletics for Women (AIAW) was what all the collegiate women's athletics programs played in before the NCAA. It was founded in 1971 and put women first because it was run by women for women. At its height, it had close to 1,000 member schools.

Nearly a decade after Title IX was passed, the NCAA began realizing that some women's sports were profitable and worth looking into. It began offering national championships for women's sports during the 1981-82 season, which forced schools already in the AIAW to choose between the two associations. Many major Division I schools made the switch.

To make a long story short, the NCAA squashed the AIAW because it had money and access to TV contracts. That didn't stop the AIAW from suing the NCAA in 1981 for using its power to "facilitate its entry into women's college sports" and "force the AIAW out of existence," but that didn't hold up in court. By June 1982, the AIAW had folded.

So, how did this affect the first Women's College World Series?

#TBT to the first ever #WCWS, won by UCLA 40 years ago in 1982!#NCAASoftball x ? @UCLASoftball pic.twitter.com/1ZHsFRmSRf

This is where things get a little dicey.

During the 1981-82 season, the best team in the country may very well have been the Texas A&M Aggies. They were 77-8 in the regular season and wound up winning the AIAW Women's College World Series, finishing with an 84-9 record.

Now, Texas A&M could've easily chosen to play in the NCAA's iteration of the WCWS. Instead, head coach Bob Brock chose to play in the AIAW's out of respect for it. According to softball historian Bill Plummer, "out of a sense of loyalty to the AIAW, Brock said, his school chose the 1982 Norman Championship over the NCAA's first in Omaha."

When the 1982 NCAA WCWS took place in late May, it was the UCLA Bruins -- led by names like Debbie Doom and Dot Richardson (a softball Hall of Famer who also won two Olympic gold medals) -- who won it all in Omaha, Nebraska.

For further evidence that Texas A&M could've won both, just look at what happened the following year. The Aggies switched to the NCAA and did win it all, beating the likes of powerhouses Cal State Fullerton and UCLA.

"We came right back and won the NCAA in '83," Brock told The Eagle, "so we actually won it back-to-back. But that was pretty much with Bill Galloway's players. The recruiting class we had the next year or the year that I had come in, he didn't coach them, but he recruited them."

The point is this: Texas A&M deserves more recognition for its softball dominance during the 1980s. It won championships in 1982, 1983 and 1987. However, UCLA won the first NCAA WCWS and has won more than any other program.

Just remember the next time they talk about the very first champion being UCLA that Texas A&M very easily could've been the last one standing in Omaha if not for loyalty.