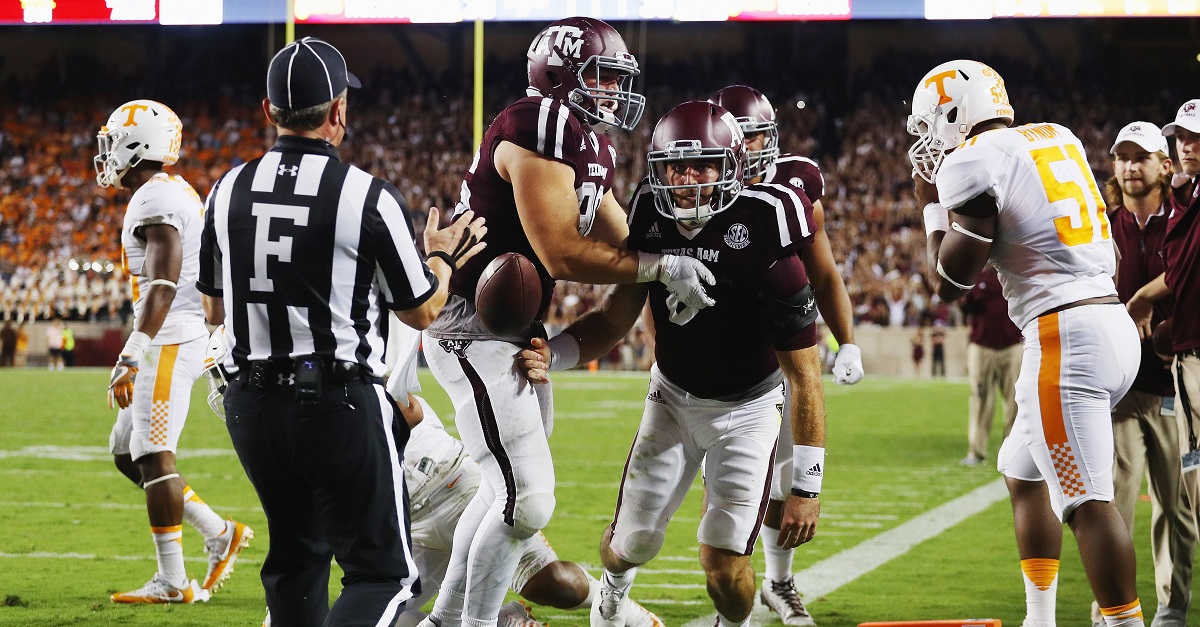 It turns out that the loss to Mississippi State on Saturday likely wasn’t rock bottom for Texas A&M. On Tuesday, it was reported that star quarterback Trevor Knight will be out for the remainder of the regular season due to a shoulder injury.

#TAMU QB Trevor Knight is out for the rest of the regular season (shoulder).

It sounds like Knight may be able to attempt a return for a bowl game, but for Texas A&M’s remaining games against Ole Miss, UT-San Antonio, and LSU? No such luck.

Knight transferred to Texas A&M from Oklahoma last season after getting bench in favor of Baker Mayfield. Knight was eligible immediately as a graduate transfer, and he was doing well with A&M thanks to his dual-threat attack at quarterback. However, it looks like the injury he suffered against Mississippi State could end his college career.

Texas A&M must now rely at Jake Hubenak at quarterback for the remainder of the season. Hubenak actually did well on Saturday when replacing Knight, throwing for 222 yards and two touchdowns. However, it wasn’t enough to overcome a 28-7 deficit that the Aggies fell into.