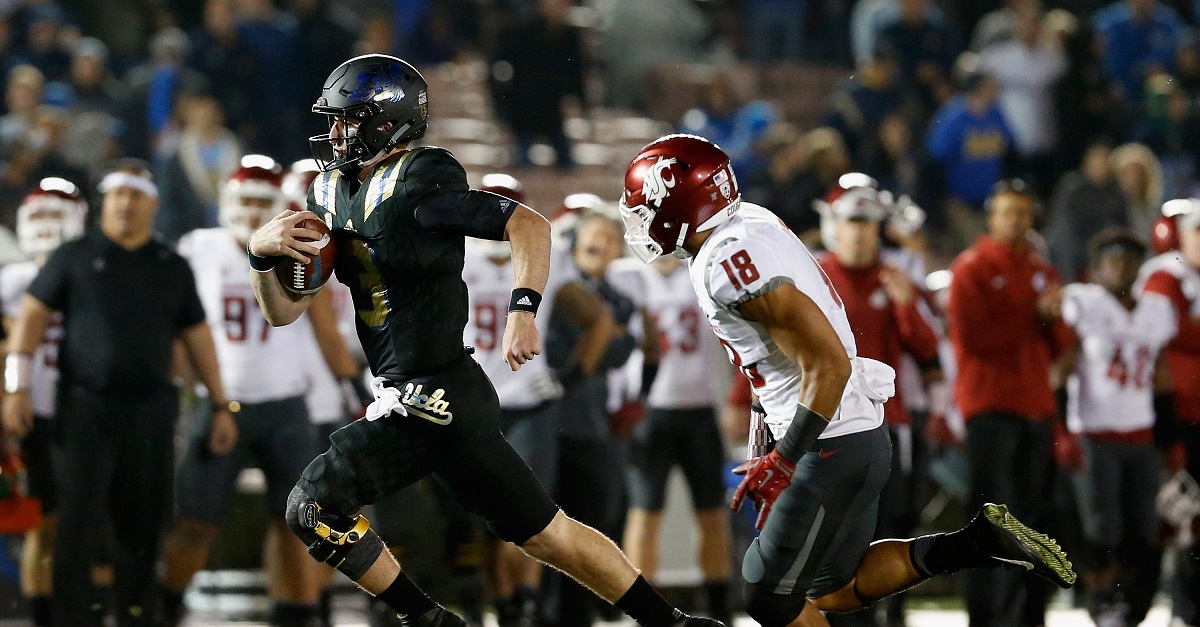 I don’t think the old “30 minutes or less” deal comes with a “you get to punch someone when it’s not ready” clause.

According to Pullman Radio, Washington State defensive back Shalom Luani was arrested on charges of felony assault early on Wednesday morning. Luani was reportedly angry that his order at a local Domino’s Pizza was taking too long. Luani reportedly became verbally abusive, and that he struck a fellow student when asked to leave the restaurant.

Via the Seattle Times:

According to Pullman Police Commander Chris Tennant, ?Mr. Luani was extremely frustrated about the long wait, he was verbally cussing and screaming about the pizza taking so long.?

Some of the other customers in the crowded Domino?s Pizza lobby suggested Luani ask for a refund and leave because he was ?being obnoxious,? Tennant said.

Police say that Luani admitted to drinking alcohol prior to the altercation. The felony assault charge could carry a sentence of up to one year in jail.

Luani, a senior safety, is one of the top defensive players in the Pac-12. Last season, he accounted for 90 total tackles (3.0 TFL), six pass breakups, and four interceptions, one of which he returned for a touchdown. He helped lead the Cougars to a 9-4 season in 2015, their best record since the 2003 season.