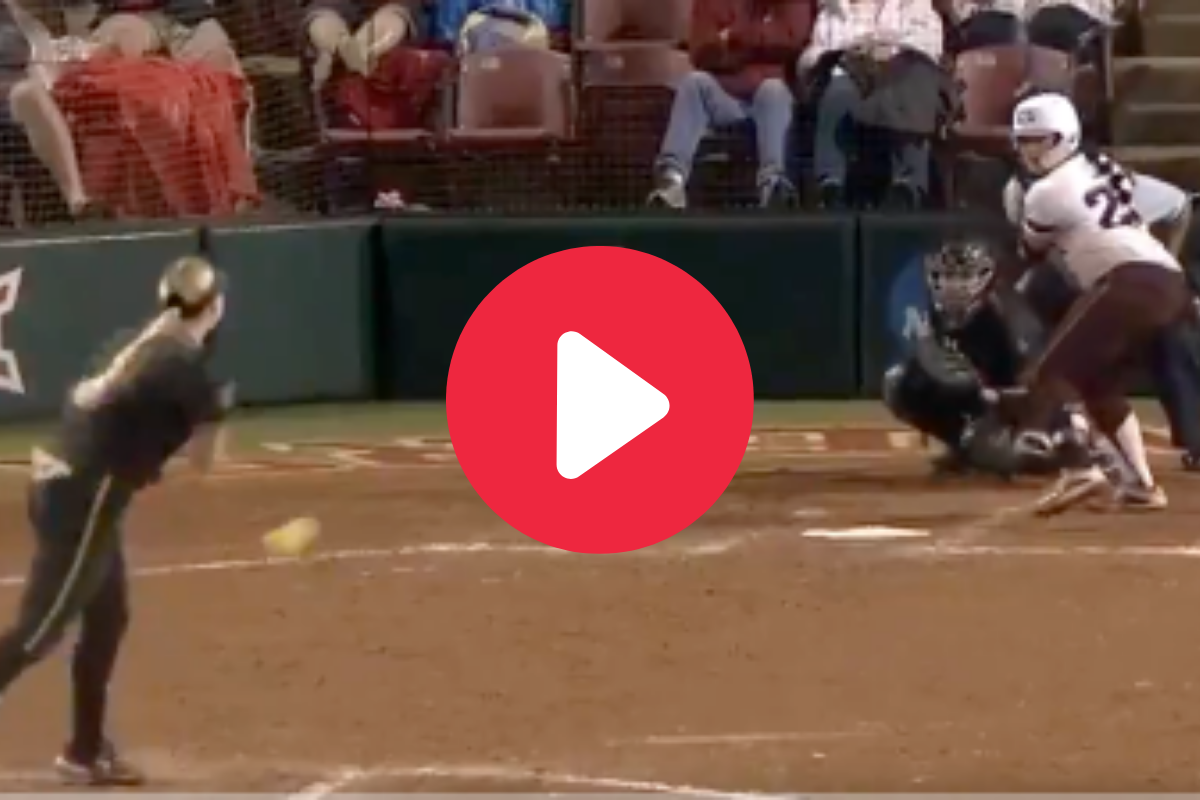 Is it possible to shift beyond the fence?

Opponents have been asking umpires this whenever Texas A&M softball catcher Haley Lee steps to the plate.

All you need is a quick embrace and handshake to slip ole blue a fiver.

Outfielders have a better chance of fielding Lee in the stands anyway.

Haley Makes History!@haley45lee sets a single-season home run record for the Aggies with a three-run shot to bring her total to 25!#RoadToWCWS x 🎥 @AggieSoftballpic.twitter.com/jD3X4FxHk6

Lee has been crushing it all season. She’s been acing her exams, she’s been waving to her fellow students on the way to class, she got a part-time at Hobby Lobby to practice framing.

The Kingwood, Texas native has also been crushing the ball.

It would’ve been in the Wichita State Shockers best interest to pitch around Lee somehow. Two Aggies were on base, and Lee has proved she has the club to drive them in.

On a 3-1 count, Lee receives a knee-high pitch. She pulls out her 5-iron and laces it over the left-field wall, making program history in the process.

The ball was out before you could blink. There’s a lot of talk about exit velocity these days, and I’m confident this destroyed the radar gun.

The dinger was the softball player’s third home run of the day following two against Morgan State.

The long ball brought the College Station softball team within a run, but Wichita State ultimately came out on top by a score of 9-6 and ended the Aggies’ College World Series hopes.

“What a tremendous accomplishment for Haley to break the Texas A&M single season home run record, especially considering all great power hitters who have worn the Aggie uniform, [said Evans]. I am proud of Haley. She processes the game at such a high level and it has been a thrill to watch her throughout this season. I love how happy her teammates were to celebrate her great accomplishment. I have no doubt that Haley will position herself as one of the best hitters to come through our program.”

Lee’s home-run total of 25 ties her for the second-most in the country. Oklahoma’s Jocelyn Alo leads with 28.

Texas A&M’s season is over. Though, there’s a new name in the record book.