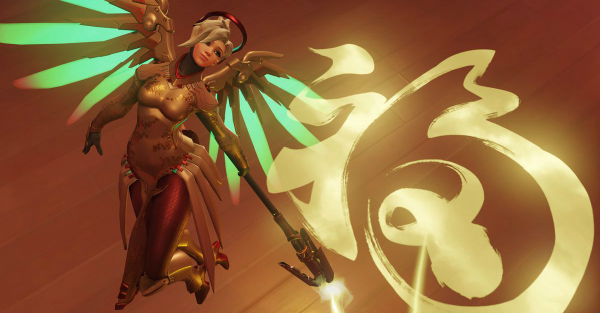 If you?ve been following Overwatch at all, then you?ve by now probably heard about Mercy?s infamous changes over the last few months. Various patches have left the angel-themed hero a must-have for any team hoping to win, leading to Mercy hitting a near-100% pick rate across competitive matches. The game?s other healing classes, meanwhile, have tanked in usage, with the majority rarely seeing the kind of healing done that Mercy is capable of. In response to the barrage of criticism Blizzard has faced over letting such an unbalanced hero hit live servers, the studio recently released patch notes for the Overwatch PTR that, hopefully, addresses these issues.

For starters, the ranged healer Ana has had the damage of her Biotic Rifle increased from 60 to 70 to ?help her defend herself and make her more threatening to the enemy team.? Mercy, meanwhile, has seen a significant nerf; she now has a cast time to her previously-instant ?Resurrect? ability, and she?s now slowed by 75% while using it. It?s also interruptible, meaning that heroes with a knock-back or stun can prevent Mercy from bringing her slain teammates back from the dead.

Naturally this change would significantly reduce the effectiveness of Mercy?s ultimate, ?Valkyrie,? which previously allowed her to bring back multiple fallen players in quick succession. To counter this, Valkyrie now removes the cast time while it?s active.

?We feel that Mercy?s recent rework has been successful, but her Resurrect ability still feels too strong and frustrating to play against. Now that it has a cast time, there is more room for enemies to counter the ability. However, casting Resurrect happens instantly when Valkyrie is active. This should make her feel more powerful when she transforms on the battlefield.?

In addition to the above changes, a couple of bug fixes have been implemented on the PTR. Several issues that prevented the announcer from working properly in different game types have been addressed, while a bug related to Roadhog?s chain hook latching on to enemy players for too long has been removed.

For more information about Overwatch, feel free to browse our selection of previous articles on the subject, or follow the developers over Twitter @PlayOverwatch.