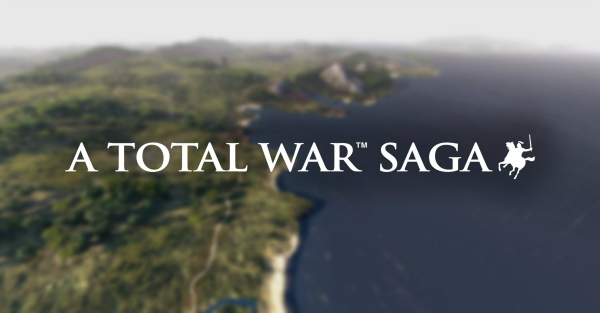 Longtime fans of the Total War franchise will be already familiar with wild variations in settings. From ancient Rome to 19th century Japan, the series has visited every corner of the earth – and some corners of fiction. Total War: Warhammer II is set to release in late September, and most players have already caught the rather infectious enthusiasm permeating the Total War community.

Even those who carry a dislike of the fantasy setting, too, will soon have something to celebrate. According to an announcement on Creative Assembly’s Twitter account, the Total War series will have its own separate spin-off dedicated to revisiting historically significant time periods.

We’re thrilled to announce a new class of historical Total War game for PC! Find out all about A Total War Saga

Dubbed Total War Saga, this new series will feature standalone titles “focusing on exciting pivotal moments in history rather than historical eras.” From the sounds of it, this will be following the same style as Shogun 2: Fall of the Samurai which, despite only covering a relatively brief period of Japanese history, is still regarded as one of the best installments of the series.

Additional details on the development team’s blog post have already answered some of the more basic questions about this series. For one, Saga will not differ much in gameplay from other Total War installments.

“If you’ve enjoyed previous games, you’ll certainly be interested in Total War Saga games. It’s more about focus. There might be as many playable factions or conquerable territories in them, but that could all be focused down to one specific region or country and a particular point in time.”

The developers have also made it clear that a reduced period of time will not amount to a similarly shortened experience. “They’ll have a narrower focus, but they will still be the epic sandboxes players are familiar with,” the blog reads. “To help show the kind of scale we’re talking about, the game that I’m currently working on has a map that is comparable in gameplay size to Total War: Attila, but focused on a smaller geographic area, and the campaign will take as long to complete as any other Total War title does.”

Players have long been aware of a historical title in development parallel with the slightly controversial Warhammer franchise. That said, apparently Saga isn’t alone in revisiting human history. “The other game is our next major historical game… and will feature a new era we haven’t visited yet.”

What era this could be referring to is still unknown, though that hasn’t stopped the Total War community from generating near-rabid speculation. As the blog post itself reads in response to a question about more information, “…if you follow the forums and social media we will keep you up to date!”