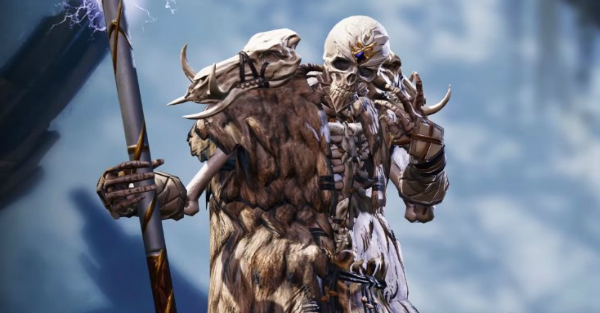 In a release over the studio?s YouTube channel, Larian recently revealed gameplay for its upcoming title, Divinity: Original Sin 2. At just under a minute and a half, the trailer showcases an excellent mix of both gameplay and customization features. Take a look:

Right away, the greatest takeaway is undoubtedly the very quick shot of a skeleton amongst the other optional races during the character customization screen. The ability to create and customize your own, unique persona in Divinity: Original Sin has long been a draw of the series, and as such many fans have eagerly anticipated the reveal of the game?s final race. Although, how the game?s many NPCs will respond to an undead is another question. It wouldn?t be out of place for a town?s residents to treat your character with shock and revulsion, should he or she be without skin.

Other races available to play in Divinity: Original Sin 2 include the three staples of any fantasy series: the humans, elves, and dwarves, as well as an additional fourth race of lizard people. Each race gets bonuses towards a select few of the game?s 14 different classes; dwarves, for example, are a hardy lot with superior strength and are therefore more suited towards becoming knights or fighters, while lizards – apparently gifted with superior intelligence – would make better wizards or enchanters.

The trailer also goes on to reveal a number of other features related to cooperative multiplayer elements. Players will once again be able to play with up to three online friends over an Internet connection, or locally across two PCs through a seamless drop-in/drop-out feature. This tag-tag group of adventurous friends can then experience the entirety of the campaign together, rather than through side-missions or freeroam.

It?s also worth pointing out that Divinity: Original Sin 2 does look like a very, very pretty game. For an installment that?s already shaping up to be a fair bit darker than the first of the series, Original Sin 2 definitely makes great usage of warm colors and bright lighting to set up an inviting, charming atmosphere that stands out for an isometric experience.

Divinity: Original Sin 2 is scheduled to launch in full later this year and is already available in an early access form over Steam for $44.99. Feel free to check out Larian Studios? YouTube channel, where the developers have been quite dedicated to releasing frequent media updates about the game?s many new features and mechanics.