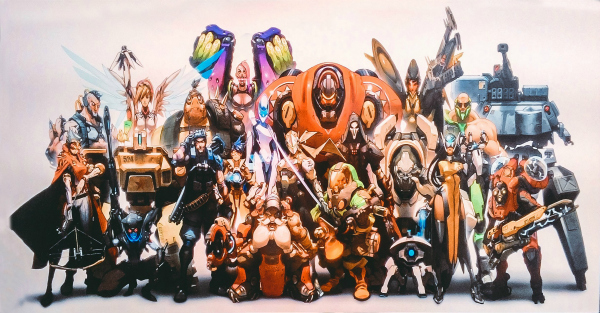 According to a leak on controversial image-sharing board 4chan, three new heroes are in development for competitive shooter Overwatch.

The information comes from 4chan user QAAustinAutist, who claims to be an employee at Blizzard Entertainment.

Details leaked on 4chan are notoriously unreliable and often fictitious at best; however, it’s not unheard of for the users to reveal some actual gold. The most recent release for Overwatch, a tank-class hero called Orisa, was originally leaked on 4chan before any legitimate information was ever made available about her. That said, it’s best to remain skeptical for the moment while we digest what seem like very exciting rumors.

If the leak is to be believed, then the already popular Doomfist will be released on Overwatch’s test servers in “days, not months.”

Second quarter’s hero. He’s ready to launch and will be going to the test servers very shortly (days, not months.) He’s a Reinhardt & Ulted Lucio/Road counter with a rapid charge and grapple ability. His Ult is a AOE effect with 100% damage on any target in the center and 5 second knockdown on anyone within 5 meters of the impact zone.

While this sounds promising for fans of the villainous hero, anyone who has followed news about Doomfist could come up with a similar description based on what has been gathered so far.

What is more interesting are the follow-up comments about two other, brand new heroes.

Third quarter 2017. Concept but entering initial testing soon. Area denial Hero, think a Mei with a rapid wall ability. Designed to lock off certain areas of the map to assist her team, can’t lock off multiple routes at once. Ult electrifies anything between two of her Wall bars.

Fourth quarter 2017. Early concept. Currently planned to be a Russian Defence hero, effectively a Torbjorn-Sym hybrid capable of producing weak swarmbots and controlling their direction and tactics with his abilities. Like a Mini-RTS. His Ult doubles his current number of Swarmers. (Also there’s planned to be a delay before each swarmer is complete, if that makes sense: you can’t spawn all swarmers on the first point, you need resources to do it: think Torbjorn’s armor)

Ivon in particular sounds like something dreamt up by a StarCraft veteran – but then again, Blizzard is made up of gamers, after all.

The final reveal from 4chan’s informant hints at a single-player game mode similar to the Overwatch: Uprising event, though as of right now the idea is only “being considered.”

While all very exciting, it’s important to remember that virtually none of this information is confirmed and that it could all potentially amount to nothing more than optimistic rumors. Should any future information be revealed however, you can be certain that you will hear about it here.