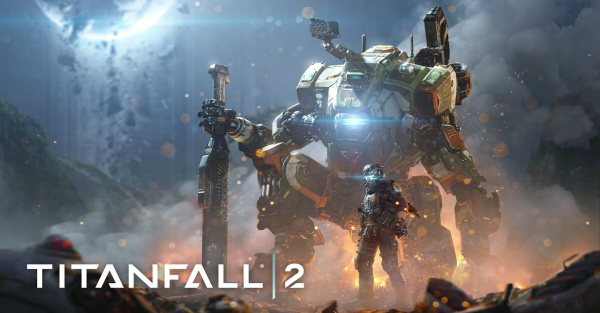 In an announcement made over the studio’s website, Respawn Entertainment has unveiled the next DLC pack for Titanfall 2. Dubbed, “Operation Frontier Shield,” the content will include a brand new, cooperative game mode for players to fight off waves of AI-controlled enemies, together. Check out the trailer below:

There’s definitely a trend beginning to develop among popular, competitive first-person shooters. Overwatch released a similar game mode earlier this year that, in recreating key events of the game’s lore, allowed players to play against waves of AI enemies cooperatively, earning unique cosmetics as they completed the objective. Although, Titanfall 2’s new game mode isn’t quite the same – and it’ll be around a lot longer than a month, for sure.

According to the blog post, the new game mode, simply titled “Frontier Defense,” will have players defending a Harvester whilst five waves of increasingly difficult enemies seek to destroy it. As they defeat the enemies, players will earn cash that can then be spent on added defenses. Some examples of these include batteries, arc traps, and sentries.

Frontier Defense will come in four different difficulty modes (Easy, Regular, Hard, Master) plus an additional fifth “Insane” difficulty that will be available in a separate, optional Featured Mode for the more masochistic players to throw themselves at.

The new game mode will be playable across five separate maps: Homestead, Forwardbase Kodai, War Games, Rise, and Blackwater Canal. An added note states that the developers “…are currently testing additional maps and will add more in the future,” which seems to suggest that Frontier Defense isn’t simply a one-off event.

Respawn described the above map, Rise, as an arena where, “…towering, sheer walls and a system of convenient zip lines provide Pilots with means to get around quickly while Titans do battle in the long corridors below.” There’s not just exterior content, either; “Pilots can also set up ambushes in the guts of this complex pipeworks, while titans can lock down large sections of the battlefield at critical junctures. Tread carefully.”

The update will also release new, purchasable cosmetic skins for players to customize their weapons and Titans with. You can see these and more on the official blog post.

Titanfall 2 is available for PlayStation 4, Xbox One, and PC. It’s currently on sale  for $19.99 at 50% off, so be sure to grab it now before the discount ends!