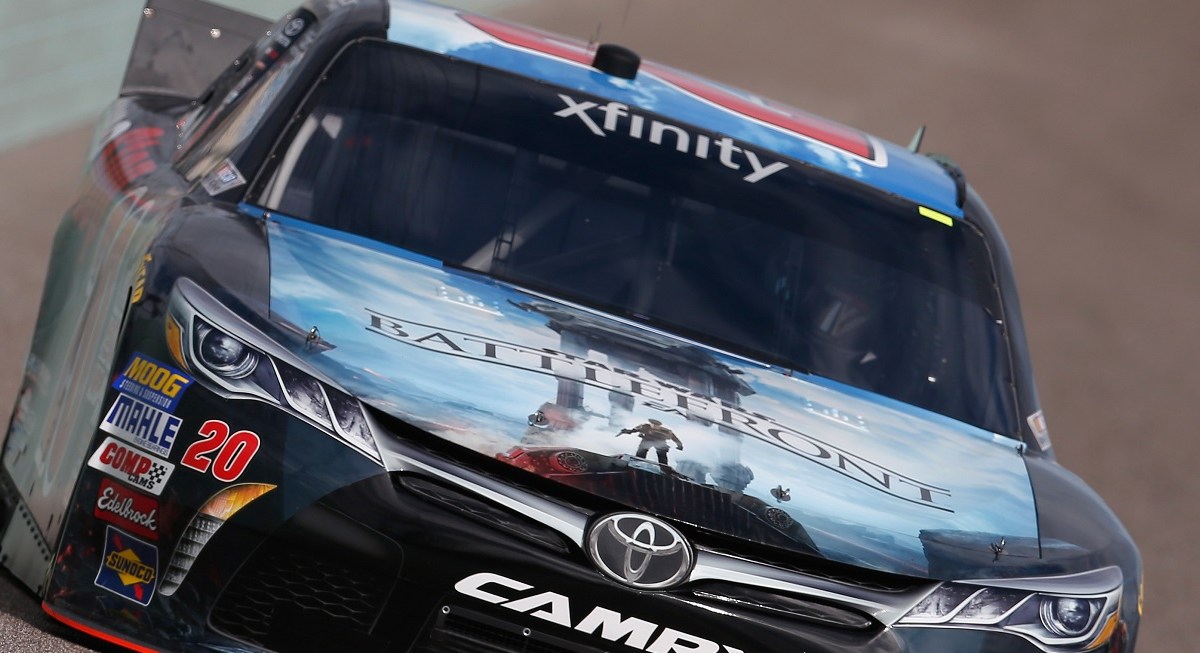 The Force is strong with NASCAR?and it has been for quite a while.

In honor of the opening of ?Star Wars ? The Last Jedi?, MRN.com did a little look back over the years at the different ?Star Wars? paint jobs adorning the hoods and sides of some of NASCAR?s best. For some of us older types, it doesn?t go all the way back to the original movie releases in the 70?s and 80?s, but it does cover everything from 1999 on.

Jeff Gordon ran one of the first painted cars in 1999 when ?Star Wars ? The Phantom Menace opened, then he got a repeat performance in 2005 with one of the best hood jobs ever. Yoda flashing a lightsaber was splashed across the hood for ?Episode III ? Revenge of the Sith?.

John Andretti had one of the coolest collections on his car in 2002. The paint job was promoting ?Episode II ? Attack of the Clones?. While the movie was rather forgettable, the car wasn?t. Andretti seemed to get into as well.

Kyle Busch got in on the 2005 action as well. The hood of his car featured Darth Vader, but the side had lots going on too.

Too bad this newest movie edition of the franchise comes during NASCAR?s off-season. Would have been cool to see that paint job.