Brawl breaks out at lacrosse game after goalie gets leveled 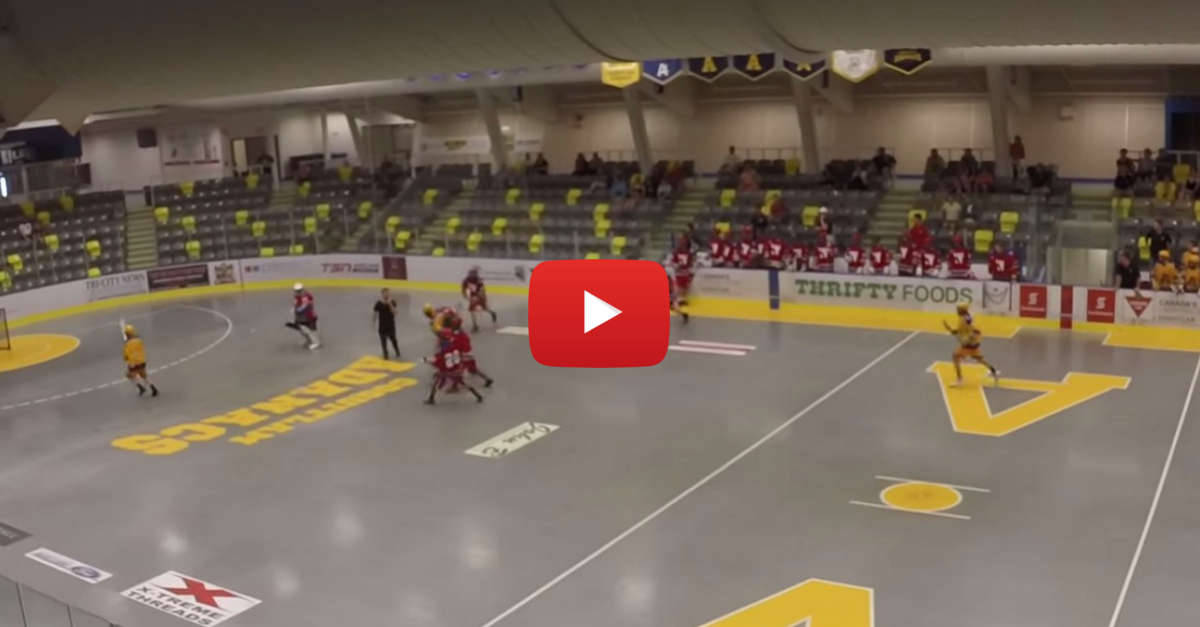 Indoor lacrosse is a thing. Who knew?

In this game of what’s called “box lacrosse”, we have Cody Garrison of the yellow team absolutely decking the red team’s goaltender as he attempts to clear the ball. Garrison’s hit looked like a bit of a cheap shot and the red team clearly interpreted it that way. Afterwards, a full court — field? — hockey like brawl broke out, with several players throwing hay-makers at each other. Even the person filming the action was at a loss at which fight to narrow in on. “S***, what do I film?!?”

In the end, some officials break up the fight, but it doesn’t look like we had a clear winner. The yellow team had scored one takedown and the red team scored another while the rest of the fights had no victor. Guess we will have to call it a draw.