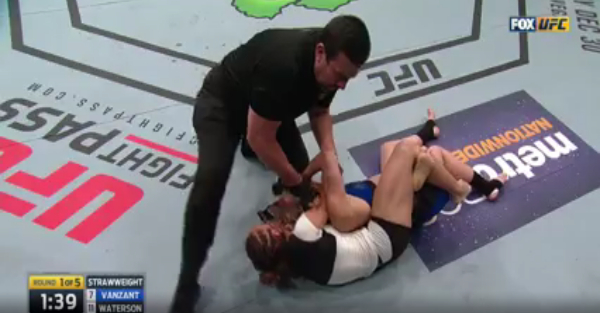 Following up on a win over Angela Magana by submission, the “Karate Hottie,” came after VanZant from the get-go, attacking her with side kicks that led to overhand rights.

When VanZant tried for a takedown early, Waterson stuffed her, pushed her to the cage and took her to the ground. It was pretty much done from there, as Waterson caught her back and choked out the Dancing with the Stars competitor and UFC strawweight.