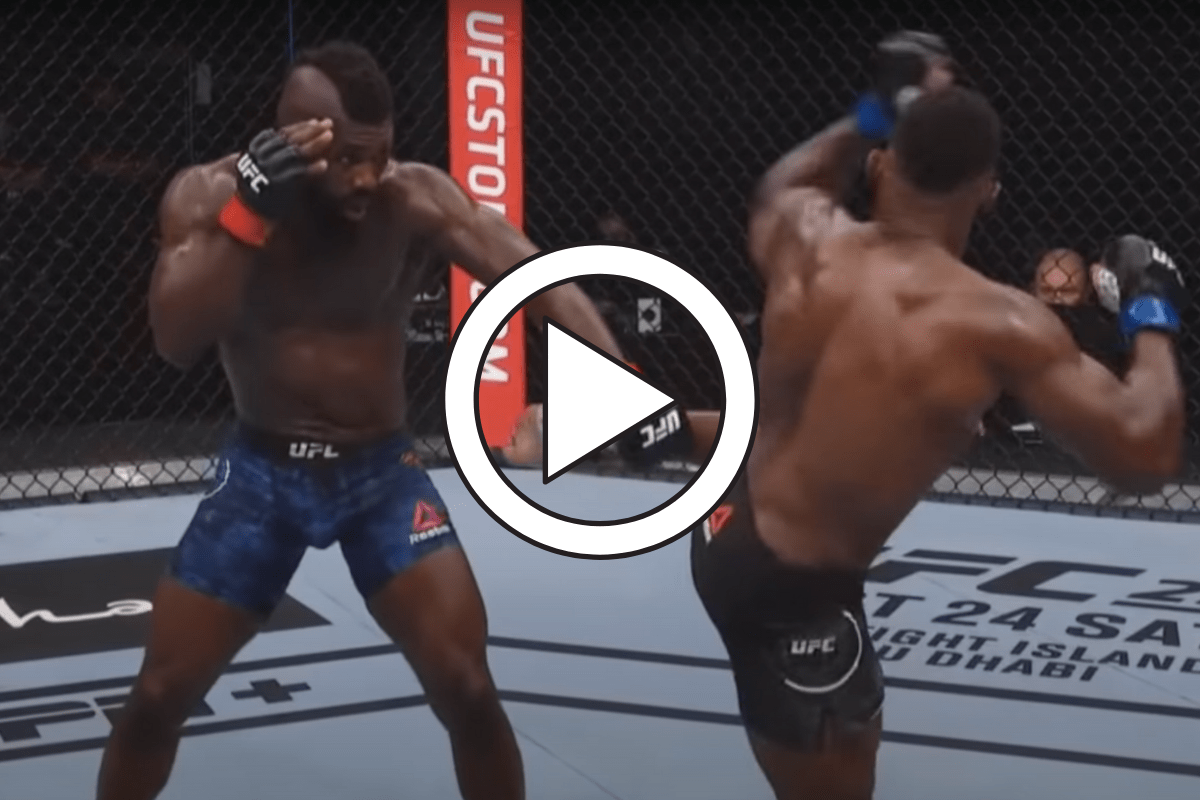 A spectacular knockout is one of the coolest things in sports. Whether it’s in boxing or mixed martial arts, the moment of surprise never gets old. There have been several over the years, and what Joaquin Buckley pulled off in the UFC Octagon is in a league of its own.

At UFC Fight Island 5 in Abu Dhabi, Buckley knocked out Impa Kasanganay in the second round. It had been a strong MMA fight in the first round, but the 26-year-old ended the middleweight bout with a ridiculous spinning back kick.

The knockout of the year? Probably. The most unbelievable ever? That’s what UFC’s social media account called it. The greatest knockout in UFC history? It might be a stretch, but it’s also not outside the realm of possibility.

Let’s spare the talk of the greatest knockout in UFC history for another day and focus on the moment itself. This was an unbelievable KO by Joaquin Buckley. It’s a move many would only try in a video game and he pulled it off in a real life on Saturday night on ESPN.

With around three minutes left in the second round, Buckley attempted a high kick with his left foot. It was blocked well by contender Impa Kasanganay, who then grabbed his left ankle and held it for a couple seconds.

That proved to be a mistake. Buckley turned his body slightly before jumping and delivering a back heel kick to Kasanganay’s face. It was game over. He went down immediately and referee Kevin Sataki called off the fight.

“We drill to kill, but I never landed that in a fight before,” Buckley said of his head kick.

“We were just talking about whether we should give him all of the bonuses right now,” UFC President Dana White told Yahoo! Sports. “The athleticism required to do what he did, that is crazy.”

There was so much greatness that happened over the mid-October weekend during the coronavirus pandemic and COVID-19 outbreak. LeBron James and the Los Angeles Lakers won the NBA Finals over the Miami Heat, Rafael Nadal won the French Open, and the NFL had some wild moments.

Middleweight Joaquin Buckley belongs in that conversation, too.