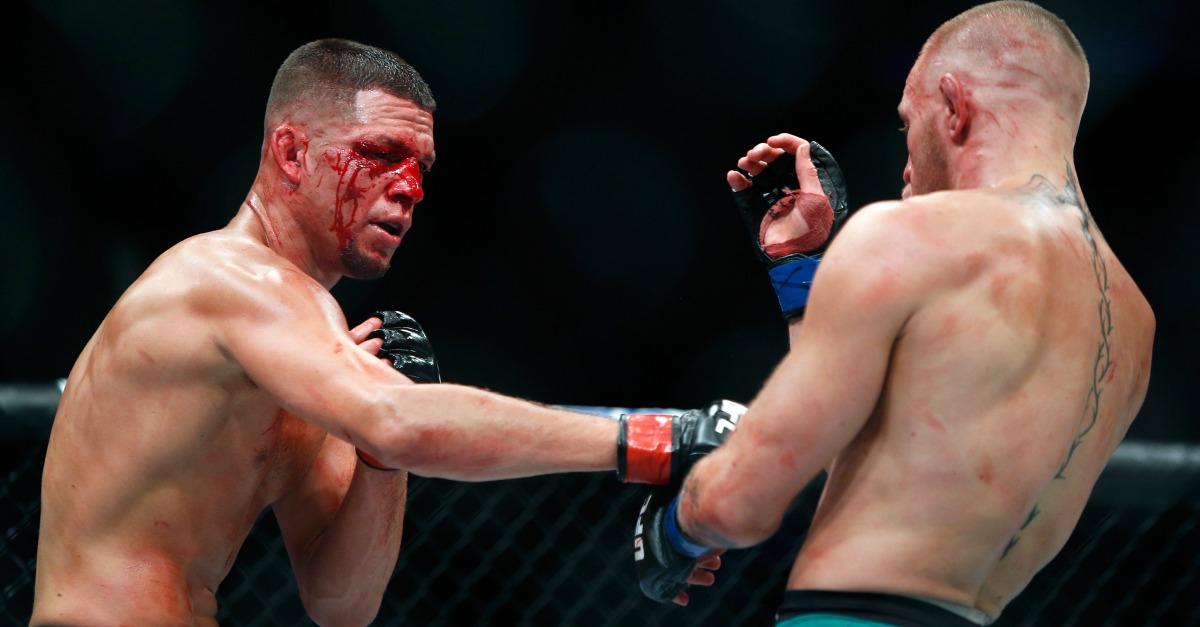 Rarely do you see any sporting event with this much hype absolutely live up too the billing, and more.

Conor McGregor (20-3) beat Nate Diaz (20-11) via majority decision (48-47, 47-47, 48-47) in one of the best UFC fights of all time. McGregor makes up for his loss to Diaz back in March, and the featherweight champion will likely fight a featherweight bout with his next fight.

McGregor dominated in the first round, repeatedly attacking Diaz’s lead leg and weakening his stance. McGregor used that advantage to score several punches to the head, and eventually landing a knockdown. Diaz was able to protect and get back up, though, and able to withstand until the end of the round.

By the time the second round started, Diaz was bleeding all over the place. The start of the round was the same as the first, as McGregor was starting to dominate with a couple of knockdowns. However, Diaz withstood the best punches and was finally able to counter, almost scoring a knockdown and eventually pinning McGregor to the cageside. Diaz had definitely taken advantage by the end of the round, and McGregor looked winded.

When the third round began, McGregor was still breathing heavily from the last round. Diaz was able to take advantage and eventually went on the attack. McGregor was able to turn the table with a couple of big punches in the middle of the round, but eventually Diaz came out firing at the end of the round. He absolutely pounded on McGregor, but the Irishman was able to last until the end of the round, which really saved him. He was getting destroyed by Diaz against the wall, and the buzzer was his saving grace.

Finally, both fighters started to show fatigue with the fourth round. The fight started to slow down, and it favored McGregor greatly. He was able to pick his shots more, and he continued to bloody up Diaz. McGregor scored another knockdown, but the buzzer sounded and saved Diaz from a further McGregor attack.

The fifth was also slow, but Diaz had some slight control towards the end. He turned the fight into a grappling game, and he was eventually able to score his first takedown with about seven seconds left. McGregor was able to hold out, though, and for the first time in this rivalry, the two actually showed some respect towards each other.

#ThankYou #NateDiaz & #ConorMcGregor for giving us fans EVERYTHING you had!!!!! #UFC202 https://t.co/i42Ffwhbf1

Get ready for a third one of these at some point, because it is 1-1 and both of these guys want to pick up the definitive win in this rivalry.