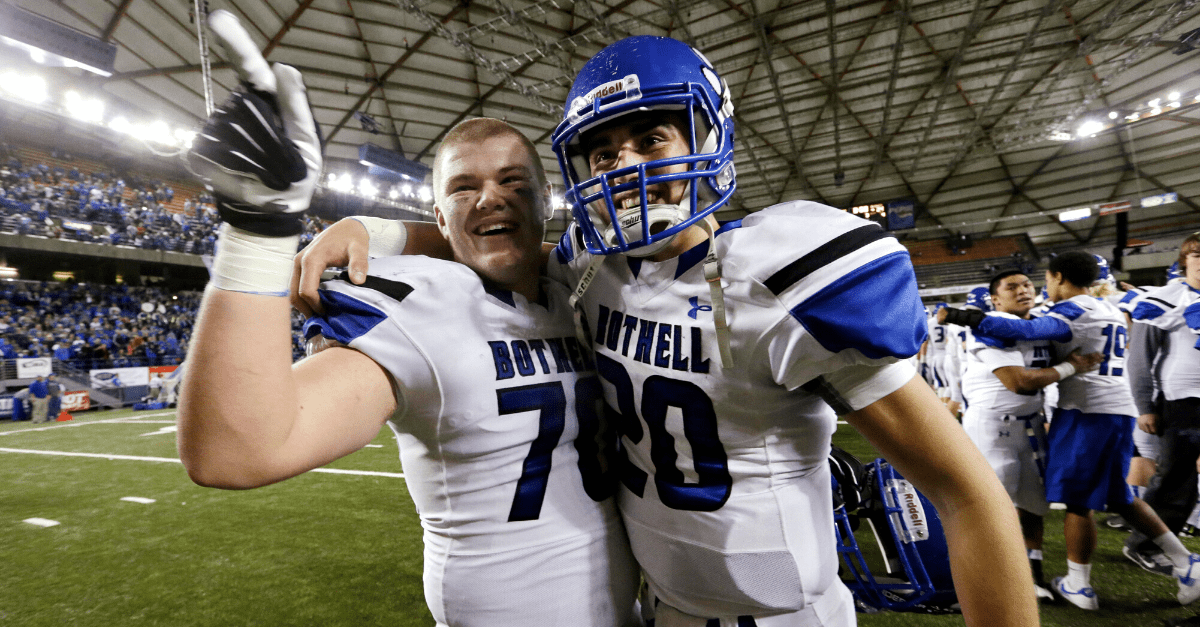 Unless you are in the Seattle, Washington area, you probably aren?t familiar with Bothell High School. The football team is pretty good and another state playoff run could happen in the near future. However, there is some controversy surrounding the team.

With a 6-2 record in Class 4A, there is no issue with ineligible players or coaches attacking players. There is a hazing tradition called the ?Rape Squad? that has certainly raised some eyebrows in the community, though.

Two investigations were launched into the situation by police officer Garrett Ware, but, according to The Seattle Times, he said the football players viewed the activity as ?horseplay? and ?some of the alleged victims had even jokingly reciprocated.?

"I just want it over with," one player said. https://t.co/gUdCHjrOmj

According to The Seattle Times report, the ?Rape Squad? is a tradition where “players would yell the words and several would restrain a teammate, pull down their pants and fondle their genitals or poke them.?

These were considered disturbing and serious allegations, including during the on-campus ?Camp Bothellhood? this summer, per the police reports, but they will not pursue any criminal charges.

?All parties involved indicated that, although highly inappropriate and potentially criminal, the behavior was done without malicious or criminal intent or sexual motivation.?

The first investigation involved an 18-year-old student last spring. The second was at the overnight football training camp last month. They were closed within days and police found ?no evidence of a crime, victim or suspects.?

School administrators and Bothell head football coach Tom Bainter made plans to ?ensure a safe environment? with increased supervision after the April investigation, according to school district spokeswoman Lisa Youngblood Hall. However, similar behavior appeared to take place with Bothell football players before this season.

The Bothell Cougars football team didn?t go without some sort of punishment following the second police investigation. According to The Seattle Times, ?the Northshore School District imposed unspecified student discipline and school sanctions, including potential cancellation of some overnight playoff road trips this season.?

The ?Rape Squad? would poke genitals, which many would consider inappropriate behavior, but police decided the Bothell High School football players were not involved in criminal behavior.

As one can expect, there is controversy surrounding the decision.