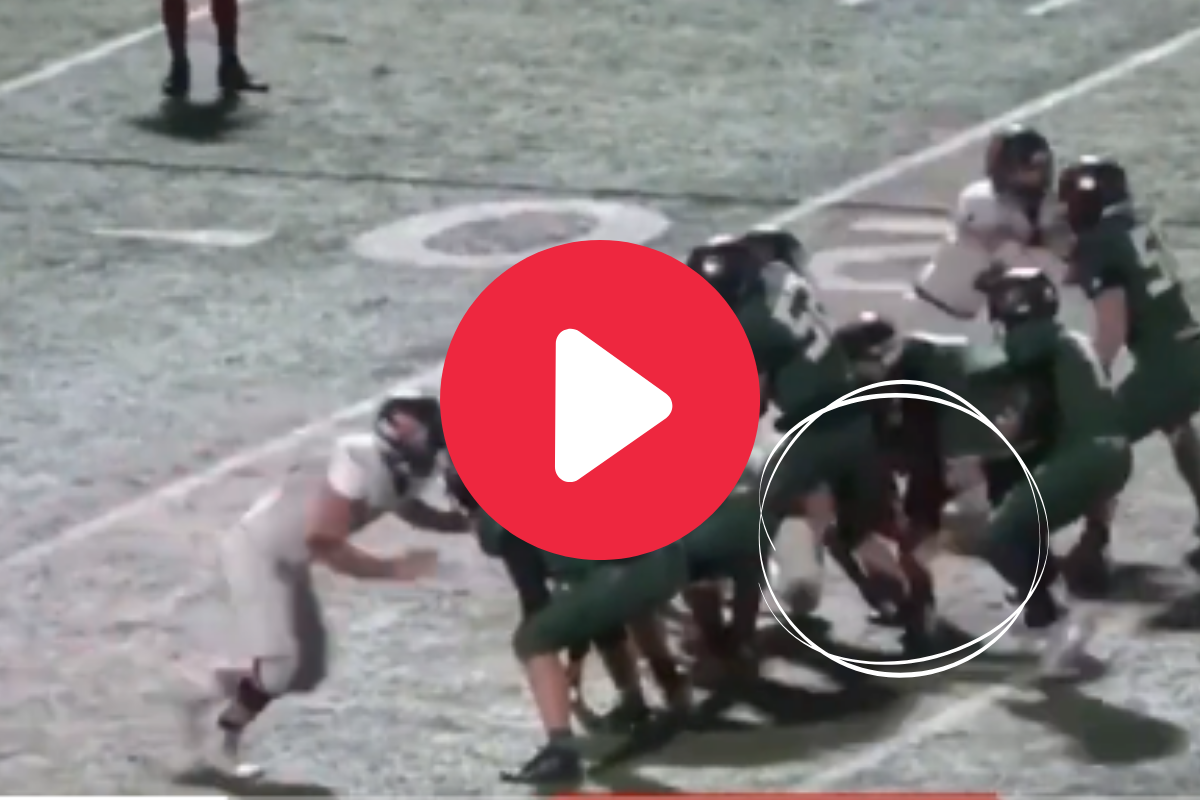 The Mountain Vista Golden Eagles of Highlands Ranch, Colorado, were driving with the game on the line. Down 42-41 to the Castle View Sabercats with 22 seconds left in the fourth quarter, the Golden Eagles needed to stop the clock. Mountain View quarterback Austyn Modrzewski rushed to the line of scrimmage to spike it.

Spiking the ball is arguably the simplest play in football besides taking a knee. Although, we’ve seen how kneeling can be disastrous.

Modrezewski took the snap and chucked the ball at the ground. He didn’t notice Castle View linebacker Brody Ashworth was ready to pounce.

This game-winning INT during a spike attempt is absolutely INSANE! 🤯

RELATED: High Schooler’s 77 Yard Pass in the Air Made for Trick Play Glory

Mountain View had all the momentum in the fourth quarter after scoring 13 unanswered points to bring the game within one. We’re live on the 23-yard line with 22 seconds remaining, first-and-10. A spike would set up the Golden Eagles for a chance to run the ball where their kicker wants it. Spike it again with a couple of seconds left, kick it through the uprights and the win is theirs.

Ashworth can either see into the future or read Modrzewski’s eyes like a book. As Modrzewski took the snap and threw the ball down near his offensive lineman’s feet, Ashworth heaved himself towards the ball and picked it off. It took a few seconds for everyone to realize what had happened. Upon a slow motion replay, it’s clear Ashworth intercepted it. A momentum shift of this magnitude can cause an earthquake in some instances.

The Golden Eagles went from being in position to win to seismically crushed in a matter of seconds. On one of the simplest plays in the entire game nonetheless.

Kudos to Ashworth for having the presence of mind to even attempt the interception. The worst thing that can happen, and what normally happens 99.98 percent of the time, is the spike successfully stops the clock. Ashworth’s heads-up play allowed his team to hold onto the win.