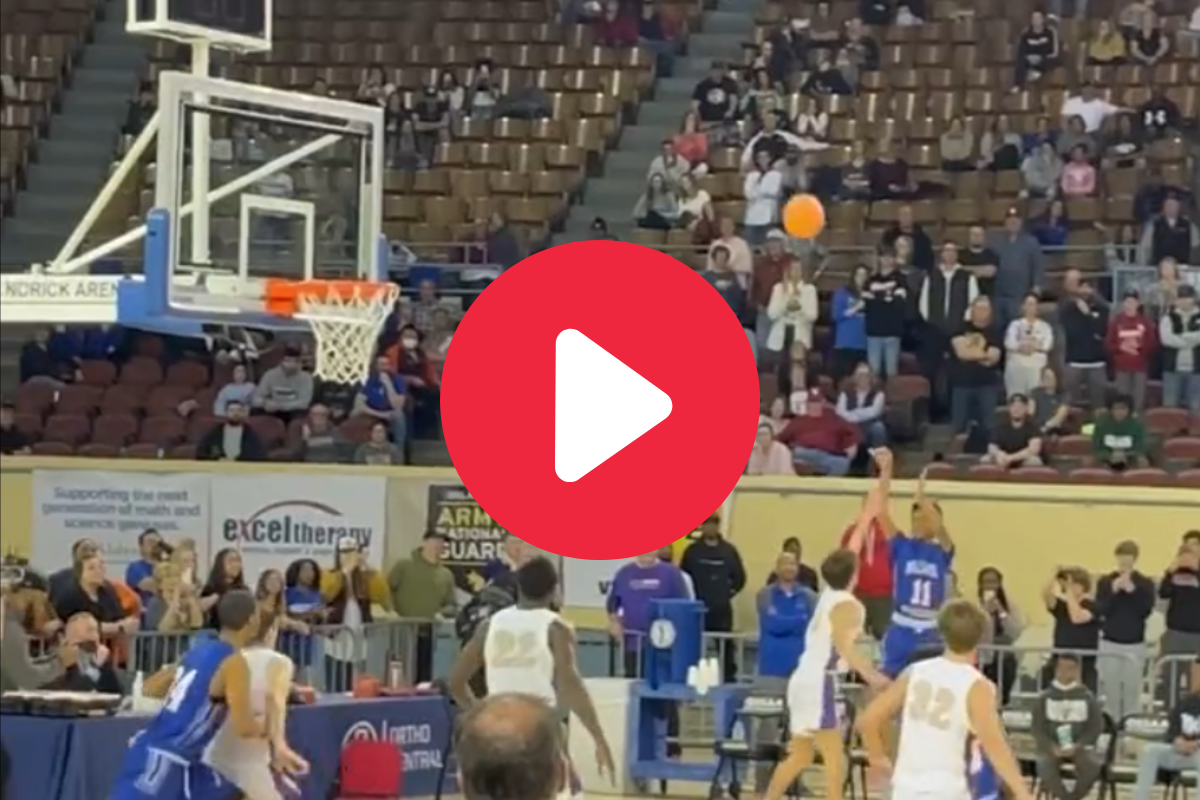 The clock is winding down. Your team needs a bucket. Do you shrink? Or do you rise to the occasion?

For Millwood High School freshman Chance “Bubba” Davis, there was only one option.

Let’s set the stage: Millwood is tied at 50 with Community Christian in the Oklahoma 3A state championship game. The Falcons are dribbling out the clock to take the last shot, but who will get the rock?

Davis made the decision easy for his point guard.

RELATED: This “Over the Backboard” Game-Winner Was Pure Madness

Hunt dribbles the ball near the top of the key, and bolts to his right. He gets to the elbow, but the Community Christian defender recovers. He passes the ball to Davis in the corner.

With no hesitation, Davis shoots with three seconds left. The ball travels in slow motion (literally in the video)…..

53-50. Millwood wins the state championship, its 16th in school history.

Hitting a buzzer-beater is one thing, but calling it? That’s a completely different level. I can only imagine the adrenaline he felt, too. Actually, I can. I’ve hit my fair share of “Kobe” trash-can shots over the years — not to brag.

After the dogpile, Davis’ teammates came up shivering. The ice flowing through his veins was still radiating.