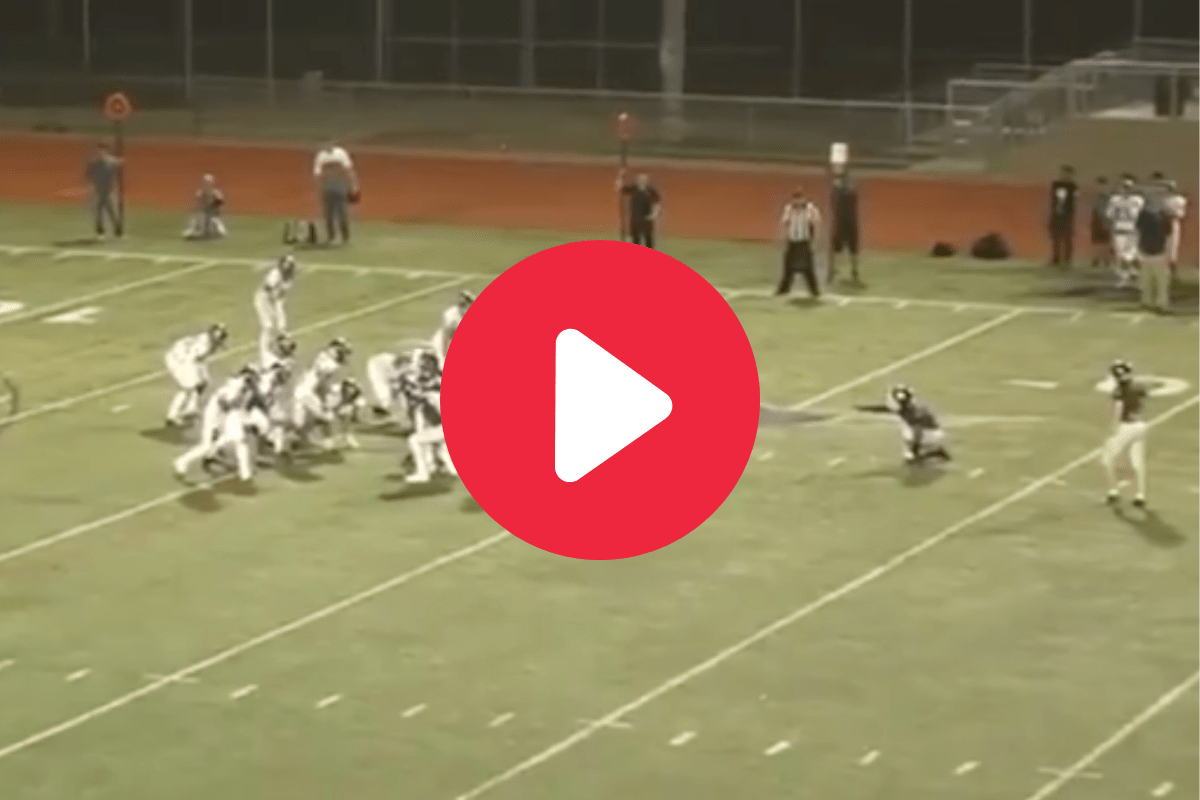 Every season, we learn about the awesome, butt-kicking girls that break down barriers in football. From female kickers to long-haired quarterbacks to hard-hitting tacklers, there’s no shortage of these women on the gridiron, and we love to tell their stories.

Keep an eye out for Charlie Rosenthal. As the starting kicker for the San Marcos High School junior varsity team in San Marcos, California, she’s making headlines. Not just because she’s a girl, but because she can damn near kick the laces off the football.

In one of San Marcos’ games this season, she drilled a 38-yard field goal and made it look easy.

Rosenthal lined up a 38-yarder and sent it through the uprights with ease in the team’s game against Steele Canyon on Friday. As you can see, all of her teammates went nuts after she drilled the booming kick.

Though Charlie’s team lost, and they’re winless on the season through three games, she’s been a star special teams player. She’s 3-for-3 on field goal attempts and has made all four of her PAT attempts.

Here’s her first one, which was good from 25 yards out:

So, how did Charlie end up on the football team?

The 16-year-old junior had never kicked a football prior to last December, but she sent an email to the coach detailing her past soccer experience. She also included videos of her kicking field goals. That was all JV coach David Diaz needed to see.

“She’s the best field goal kicker and PAT kicker we have,” Diaz told the Times of San Diego. “We don’t see her as a girl on the team — we see her as Charlie, our kicker.”

Charlie’s career is still young, but it’s certainly bright judging by her first few games. If she keeps at it, she could one day make history the same way Vanderbilt’s Sarah Fuller did when she appeared in a game last season.

For now, Charlie’s just going to keep sailing them through the uprights.