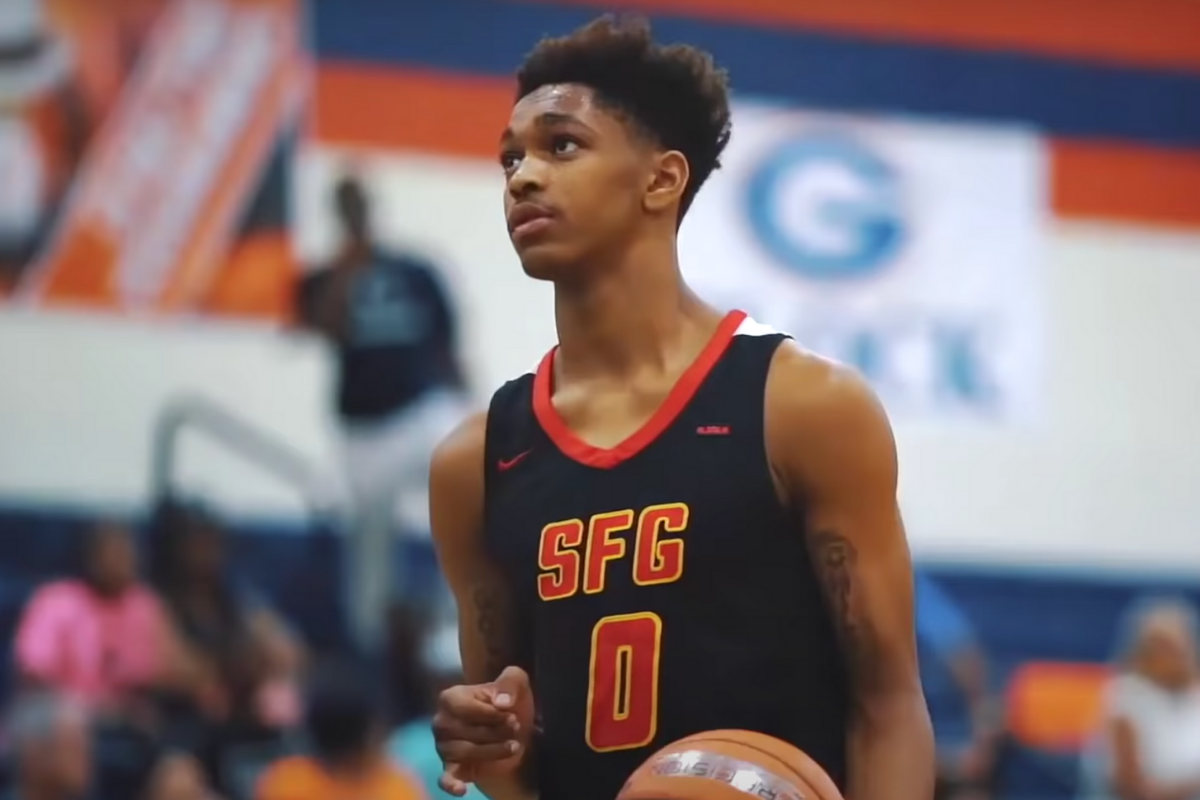 Quavo and Ja Morant stood up in amazement. The play they just witnessed from Dior Johnson deserved a deeper appreciation.

In one fluid motion, Johnson caught the ball, put it between his legs, and delivered a perfect alley-oop pass.

Johnson lives for the big play. He has the ability to convert in crunch-time situations, and most importantly, he wants the ball.

The five-star recruit is a wildly creative shot maker. This creativity is vital in finishing tough looks, which is his bread and butter. He does this on the drive or with an off-the-dribble jumper.

The high school hoops star is nifty around the rim and already has a go-to step-back move. He controls the speed of his attack. As a ball-handler, he’s proficient and loves the spin move. Geared with athleticism, he’s becoming more accustomed to highlight dunks.

I wouldn’t be surprised if Johnson grew a few more inches. That addition in height would only accentuate his physical gifts. He could become a solid on-ball defender if he put in the effort.

The main concern I see with Johnson is that he’s at his seventh high school in three years.

In the midst of the coronavirus pandemic and COVID-19 outbreak, he transferred to Corona Centennial High School in Corona, California.

The point guard/shooting guard committed to head coach Jim Boeheim and the Syracuse University men’s basketball team in February 2020, per ESPN. He was considered the best ‘Cuse recruit since Carmelo Anthony, who led the Orangemen to the 2003 NCAA championship.

In November 2020, Johnson announced his decommitment from the Syracuse basketball program on social media. The Orange remain in consideration.

It’s unclear who Johnson is eyeing besides Syracuse, but his incredible talent should have top programs eager for his services. ACC programs Duke, North Carolina (UNC), Louisville, Virginia Tech, and Notre Dame should call. Kentucky, Georgetown, Maryland, Notre Dame, Indiana won’t be too far behind.

I wouldn’t be surprised if Johnson decided to go the NBA G-League route, either. In addition to Anthony, the Syracuse coaching staff could reference the program’s five other active NBA players to entice the New York native. Joining those ranks will be Elijah Hughes, who was the 39th pick in the 2020 NBA Draft by the New Orleans Pelicans. His rights were later traded to the Utah Jazz.

Whoever lands Johnson will be getting a high-level talent who’s extremely confident. However, the various transfers could be worrisome.

UPDATE (June 23, 2021): Point guard Dior Johnson, the No. 7 basketball recruit in the country, announced his commitment to head coach Dana Altman and the Oregon Ducks on Instagram.

Johnson picked Oregon over Alabama, Kentucky, Oregon, Washington and a reported offer of $1.2 million to play in the National Basketball League (NBL) in New Zealand.

The prized recruit should make an immediate impact when he arrives in Eugene.

MORE: Emoni Bates, Nation?s No. 1 Recruit, Backs Away From Commitment