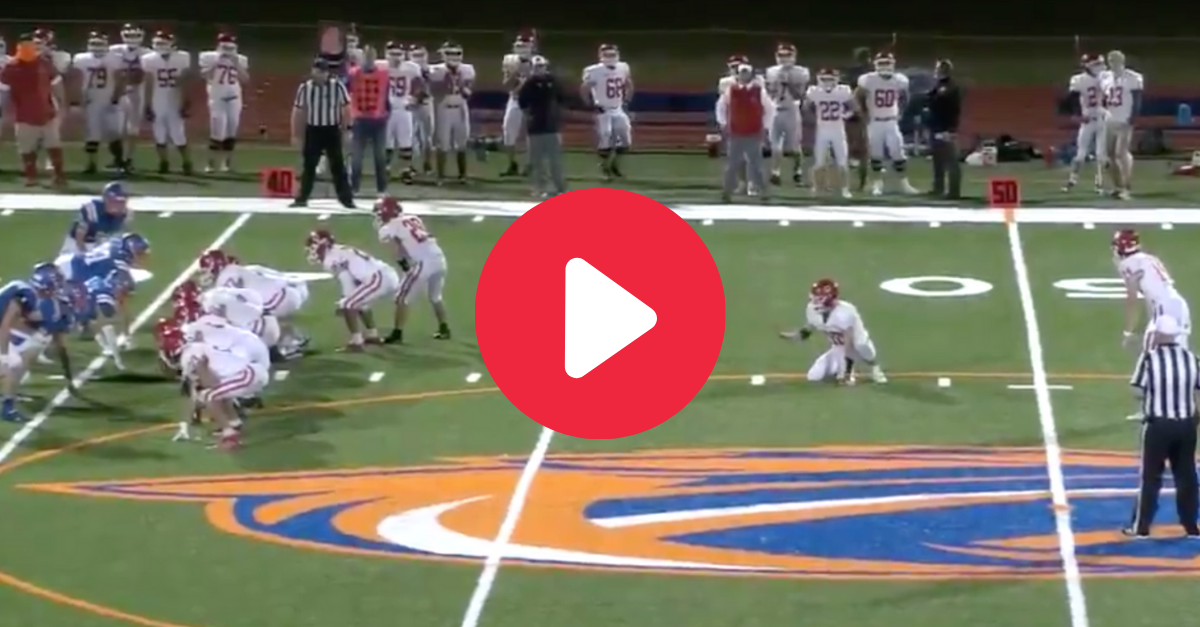 No matter the level, there is a fine line between success and failure if you?re a kicker. You shoulder plenty of blame if you miss and typically don?t get a ton of credit if you make it. It?s a tough job, no doubt, but one high school kicker is making it look so easy.

Meet Emmet Kenney. He?s a senior kicker for Fargo Shanley in North Dakota and has received some interest from several college football programs. There?s a good chance he will get even more looks after his record kick Friday night at Essentia Health Mustang Stadium.

In the fourth quarter against West Fargo Sheyenne, Kenney blasted a 58-yard field goal through the uprights and even had a few yards to spare.

There was no doubt about this one. In fact, it was perfect and a North Dakota state record. Fargo Shanley kicker Emmet Kenney made history in grand style.

According to the North Dakota High School Athletics Association (NDHSAA), there have been two other field goals over 50 yards in state history. Jamestown?s Darin Erstad made one from 50 back in 1991. Fargo South?s Jacob Weiler broke the record with a 52-yard field goal against Fargo North in 2012.

That’s a big time kick for a High School kid or anyone for that matter.

The only downfall of the night was head coach Troy Mattern and the Deacons football team lost the game. Nailing the longest field goal in state history is a pretty nice prize, however.

?Right after I saw the referee?s arms go up, I was jumping up and down, I was going nuts, I was yelling,” Kenney said. ?To be in high school and to have your coach trust you that much in such a big game like it was with the game being on TV and everything, it was just incredible.?

Despite the coronavirus pandemic and COVID-19 outbreak, high school football is in full swing across the country. And if Kenney can keep this up, there?s no questions he will continue to get college looks, including from the North Dakota State Bison.