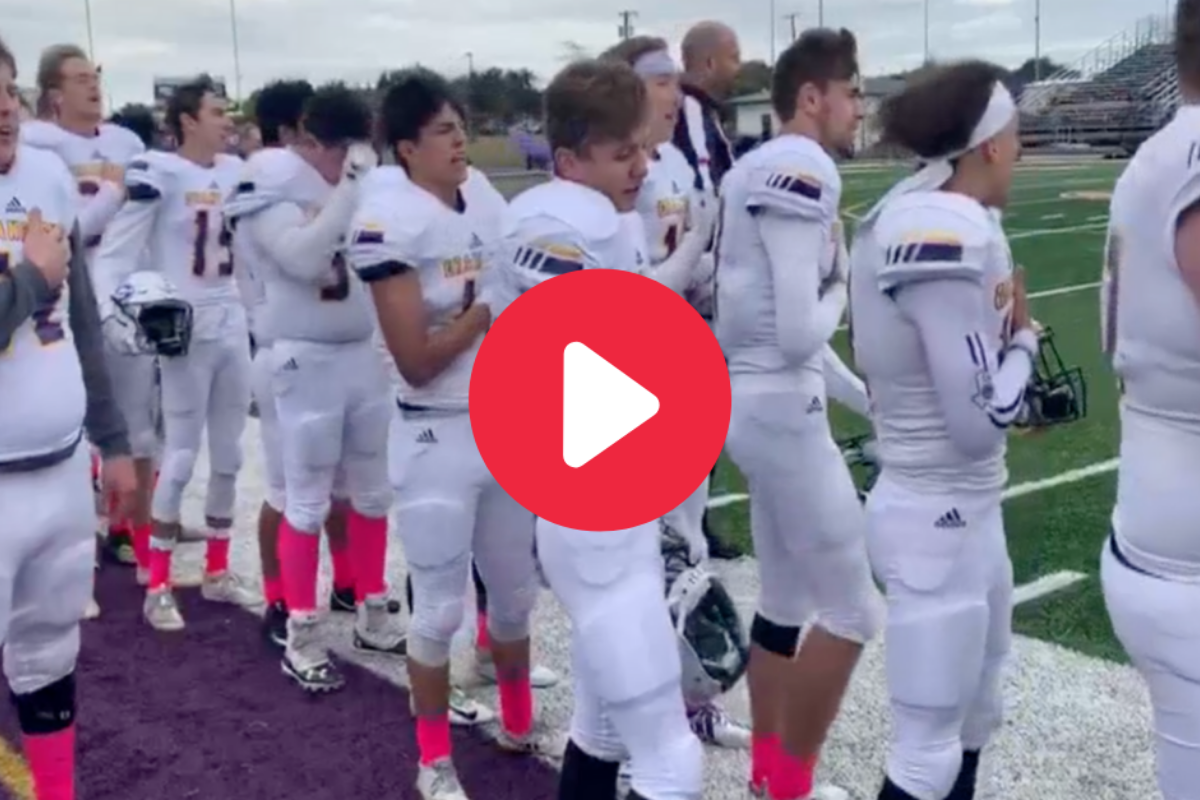 A sporting event without ?The Star-Spangled Banner? is like a peanut butter sandwich without jelly. Sure, those two things don?t absolutely have to go together, but it definitely feels right when they are paired with each other. So when the marching band couldn?t show up at a Texas high school football game, a group of players took it upon themselves to make sure the national anthem happened.

After their game was rained out, the Granbury Pirates and Crowley Eagles decided to make it up the next day. However, neither band made it to the game. Because of that, according to NBC 5, the announcers told players and the crowd there would be no national anthem before the kickoff.

That?s when something amazing happened. According to Tracy Deason, the Granbury team placed their hands over their hearts and began to sing.

It doesn?t get more American than this. A true act of patriotism during a high school sporting event. Naturally, everyone in the crowd joined in once they heard the players singing.

“We could not be more proud of our young men and what they represented,” Deason told NBC 5 in Dallas.

Crowley ended up beating Granbury in a close game, 35-34, but the big story wasn?t the score. It was the fact that a group of young men made sure the anthem was sang before kickoff.

In sports, fans love tradition. They certainly change depending on where you are in the United States, but ?The Star-Spangled Banner? is universal. And for one Texas school, not playing the national anthem was non-negotiable.

This is impressive for a group of high school students to take the lead on. The entire community should be proud.

This article was originally published October 16, 2019.

MORE: High Schooler Salutes National Anthem When No One Was Looking