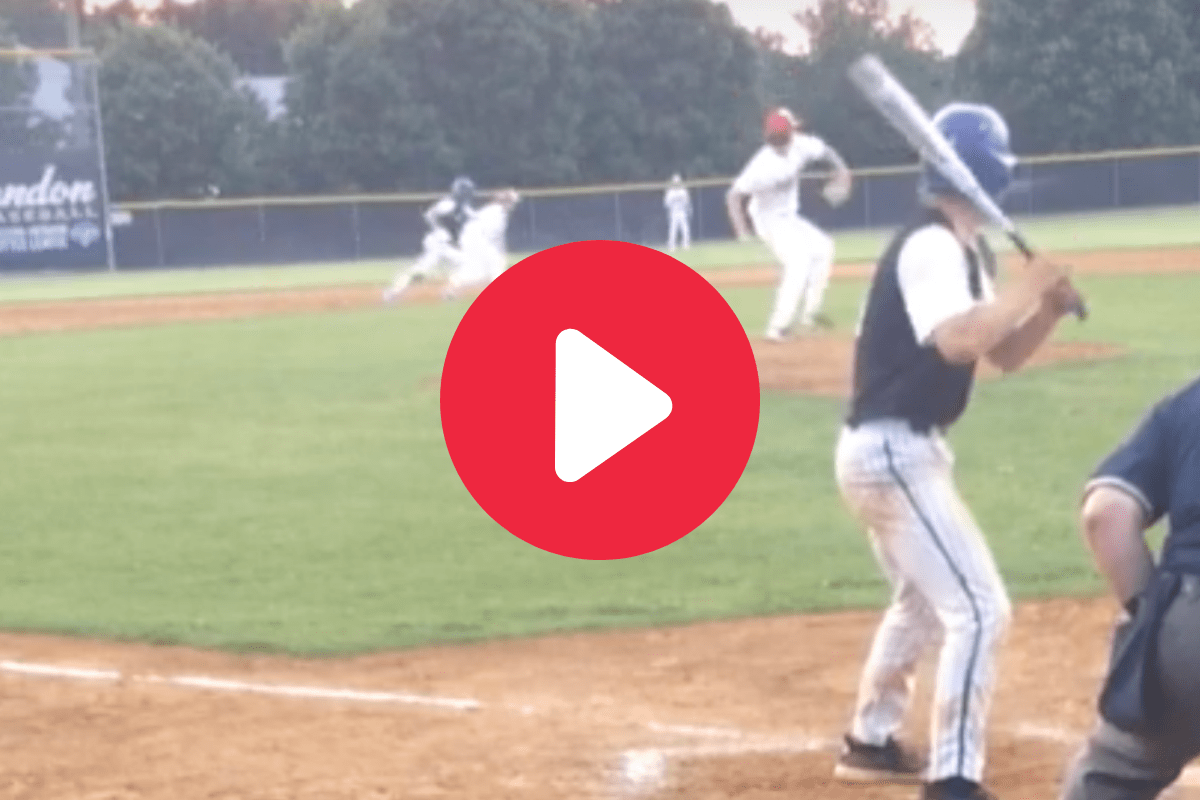 It takes some serious Oscar-worthy acting skills to make a runner believe a real-life ball is rolling to the fence. As we’ve seen on both the high school baseball and softball diamonds, it’s certainly possible.

Herndon High School pitcher Kyle Henson found himself in a bit of a jam against rival South Lakes in Reston, Virginia.

With a runner on second, Herndon dialed up the perfect hidden ball trick play to nab the runner and send him back to the dugout with his head down.

Here’s how Herndon’s players sold it:

The shortstop was the key here. He broke for second base and dove for the “ball.” His acting skills are what made this play possible.

He didn’t do it by himself, however. He received help from his supporting cast of players around him. The centerfielder chased the invisible ball. The second baseman freaked out. Everyone in the field played a role.

Meanwhile, the pitcher held on to the ball. When the South Lakes runner ran to third, he simply flipped it over to his third baseman for the easiest out ever.

What cracks me up is the batter’s reaction. He could see the whole play develop. After his teammate was embarrassed, all he could do was hang his bat over his head.

This play was pivotal because it came late in the game. The Herndon Hornets kept rival South Lakes scoreless through eight innings and walked off in the bottom of the eighth to win 1-0. Plus, it came in the Liberty District semifinals on June 4.

A hidden ball play is always great, but pulling it off against your rival is sweet.