Softball Catcher Ejected For Shoving Runner, But Was it the Right Call? 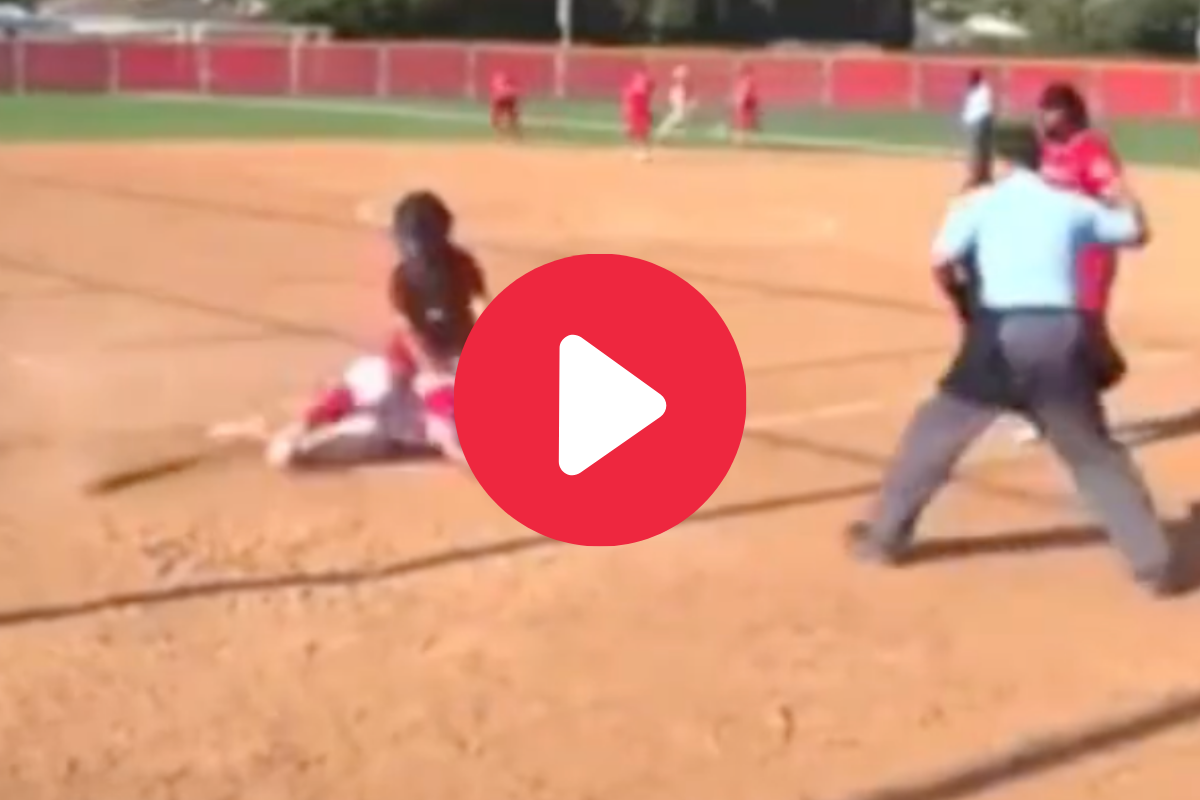 Umpires in baseball and softball interpret the rules in their own way.

Sometimes coaches, players and fans think their interpretations are better. When they do, we hear, “Come on, blue!” coming from every direction?which I would argue is the greatest heckle in sports.

Umps are used to people questioning their calls in person, but how about over the internet?

One softball umpire sparked an online debate by controversially ejecting the catcher after a home-plate collision.

We’re live from a high school softball game at Rosary Academy in California. A runner is rounding third base while the ball is relayed to home plate. The ball beats the base runner but she isn’t stopping for anything.

She collides with the catcher, who according to Instagram is Rosary’s Anahi Pintado. It’s not a huge hit like when Derrick Henry trucks a helpless defender, but there’s some contact. She’s called out to end the inning

The catcher wanted to be sure. She gives the runner an extra shove to the ground after the play is over.

The umpire wastes no time beelining over to the catcher, who’s walking back to the dugout, and tosses her. No warning, she’s out of here.

The ejection spread throughout the Internet where users chimed in through the virtual bleachers. Several commenters said the call was soft. Others agreed with the umpire’s judgement while some said both players should have been issued a warning first.

“I felt bad after okay,” Pintado, the catcher, replied to someone on Instagram.

I agree a warning should have been issued. The play wasn’t aggressive enough to warrant an ejection. Was the shove called for? Probably not, but it wasn’t overly excessive. I’m sure getting trucked at the plate can cloud your judgement. A warning would’ve been enough.

I’m judging the play from behind a computer screen, dissecting every angle like I’m breaking down a game on “SportsCenter.” I’m not seeing it in real time like the umpire.

Was it the right call? The wrong call? Either way, somebody will be shouting, “Come on blue!”