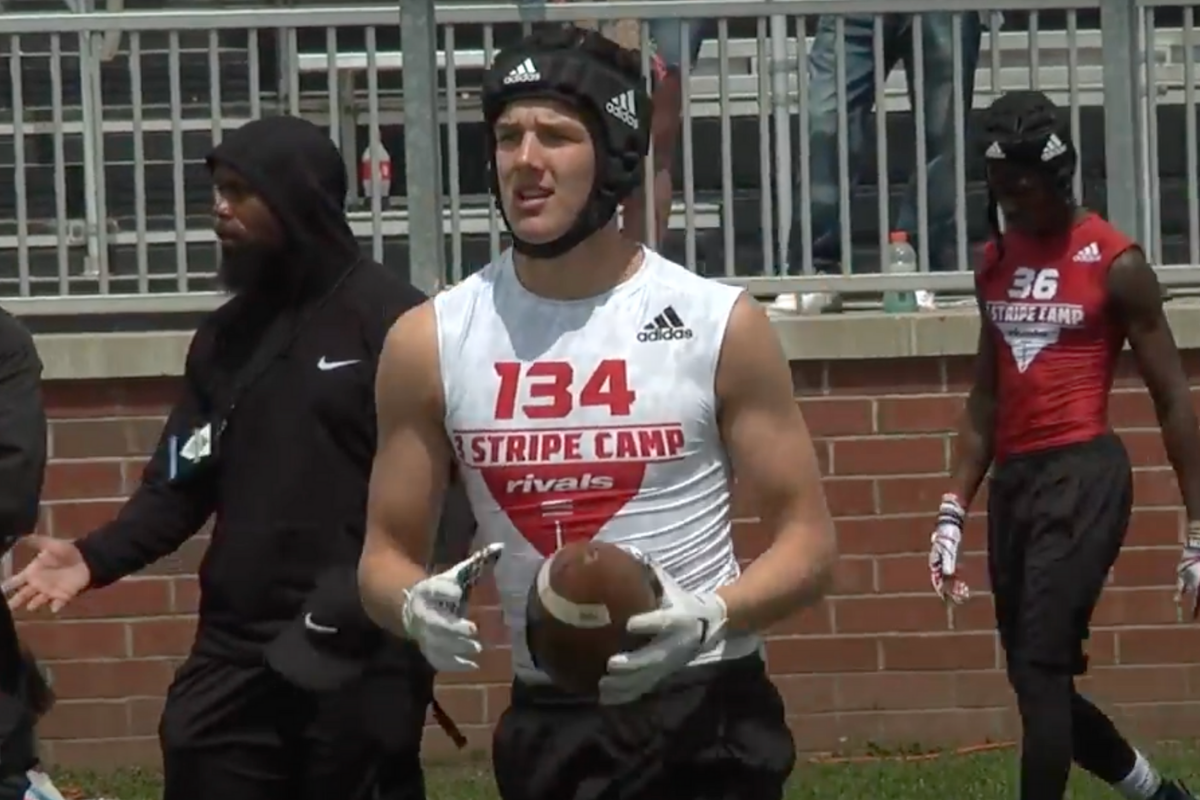 Jake Johnson is a four-star tight end prospect and plays for Oconee County High School in Bogart, Georgia. To no surprise, some of the nation’s top college football programs are after him.

I am very thankful to have been offered by LSU! #Geaux Tigers! pic.twitter.com/tUjaefXskt

The LSU Tigers seem to have the advantage over all of these schools for one big reason: the team signed Jake’s brother, quarterback Max Johnson, in 2020.

LSU’s football recruiting has been exceptional in recent years, and Johnson may be another reason to celebrate in Baton Rouge.

At 6-foot-5 and 210 pounds already, Jake Johnson has the size and speed to succeed in the NCAA. He looked great at preseason showcase tournaments, and that has translated to his on-field results.

In his high school career, he has hauled in 20 touchdowns. He also gets reps as a linebacker on defense, but his future is at tight end.

247Sports currently tabs him as the third-best tight end in the entire 2022 class. He has shown an ability to be his team’s primary offensive target, but if he does indeed join LSU, that pressure won’t be nearly as evident as it is for his high school team.

Being able to catch passes from his brother at LSU would be heartwarming, but his recruitment isn’t set in stone yet. He has multiple suitors and should make an impact when he decides to sign.