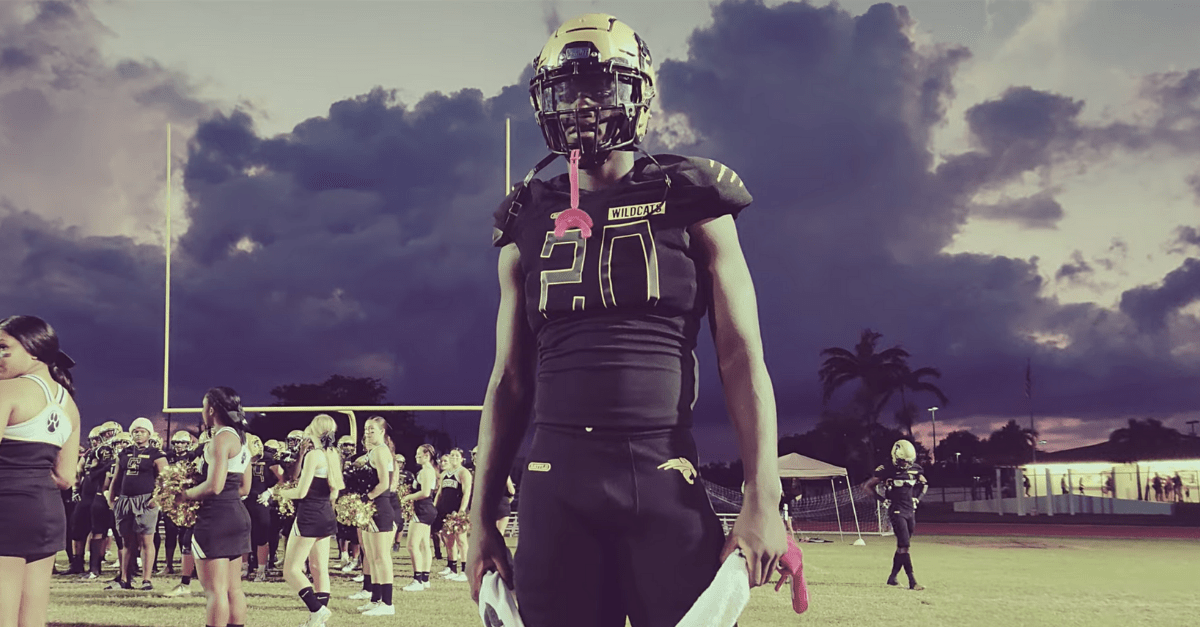 When it comes to high school football, it?s hard to find many players better than five-star safety James Williams. He?s the real deal, the total package, and it?s understandable why some of the biggest college football programs are after him.

Williams has already had an unconventional career. He started at American Heritage, helped Western High School in Opa Locka reach the Florida 8A regional final last year, and will transfer back to American Heritage for his senior season in the Sunshine State. The movement never hurt his recruiting stock one bit, though.

After garnering almost 30 offers, Williams officially announced his top three in February 2020. And as you would expect, it featured the biggest NCAA programs in the country.

RELATED: Deion Sanders’ Son is Among Elite QB Recruits of 2021

Although he?s from South Florida, the Miami Hurricanes didn’t initially make the final list for Williams, who is ranked the No. 9 player in the country, according to the 247Sports Composite rankings.

His finalists were the Alabama Crimson Tide, Clemson Tigers, and Georgia Bulldogs, and you better believe all eyes have been on Williams to see where he would commit.

Several football recruiting services, including 247Sports, predicted the defensive back would play for UGA in Athens in 2021. That looked good for awhile, too.

Kirby Smart’s Georgia Bulldogs in the SEC were still considered the heavy favorite, but Manny Diaz’s Miami Hurricanes snuck back into the fold and became one of Williams’ final choices.

BREAKING: 5 ⭐️ ATH James Williams has just Released his Final 2️⃣ Schools!#Miami and #Georgia make the cut out of his 28 Offers.

👀Where Should He Go?👀

Then, on July 21, Williams made his surprising commitment.

James Williams Commits to “The U”

I know my momma prond of what her son becoming 💯 #Blessed pic.twitter.com/Iqye4iTPou

James Williams, one of the best players in the state of Florida and a MaxPrep Junior All-American, will join the Miami Hurricanes’ 2021 football recruiting class. He announced his commitment to stay home on Twitter.

At 6-foot-5 and 220 pounds, Williams definitely has the size and ball skills to make an immediate impact at the next level. He?s fast enough to keep up with speedy wide receivers and big enough to lay down a monster hit like a linebacker in the secondary.

Williams is a fun prospect to watch on the gridiron, and as he prepares to lead American Heritage Plantation back to the playoffs, it also won’t be long until you see him dominate college football and hear his name called during the NFL Draft.

This post was originally published on February 17, 2020. It has been updated tracking Williams’ recruitment.