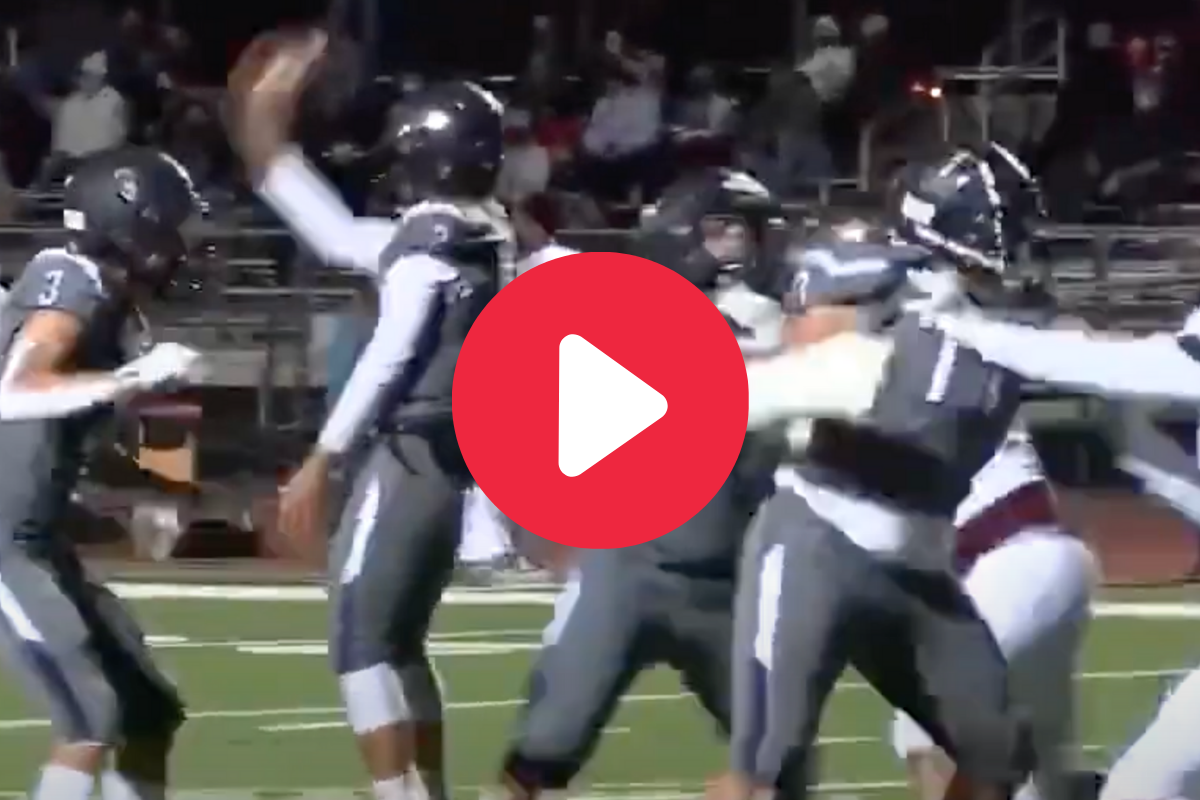 Quarterback Kai Millner had a terrific high school football career. Playing at Higley High School in Arizona, he was able to secure a scholarship with Cal.

Millner may be headed to the NCAA, but for the time being, he is going to be best known for his insane trick play that he pulled off during the 2020 season.

In the “Chilly Bowl” game against rival Mountain Ridge, Millner threw a touchdown and head coach Eddy Zubey decided to try for a two-point conversion.

Instead of going the traditional route and running the ball into the end zone, Millner took matters into his own hands. He faked a handoff, then faked a jet sweep, then had all the time in the world to make a play.

Millner decided to make things interesting and tossed the ball behind his head. While it could have ended in disaster, the quarterback hit his wide-open tight end for an additional two points.

The appropriately-named “dipsy do for 2” worked to perfection, and even though Millner couldn’t lead his team to the playoffs, he went out in style during his final game.

This is the kind of play that would make Kansas City Chiefs’ QB Patrick Mahomes blush. The former MVP has made the no-look pass an art form, but I’m not sure if his offensive coordinator would call a play this risky.

In a postgame interview, Millner said that this wasn’t the only trick play Higley practiced, so we will have to watch out for that in 2021.

Millner has NFL aspirations, and he is set to take over the starting role at Cal, a job that Aaron Rodgers and Jared Goff have previously occupied.

With some luck, he will take his trick plays to the national stage in due time.

This article was originally published on January 28, 2021 but a backwards pass like this is timeless.