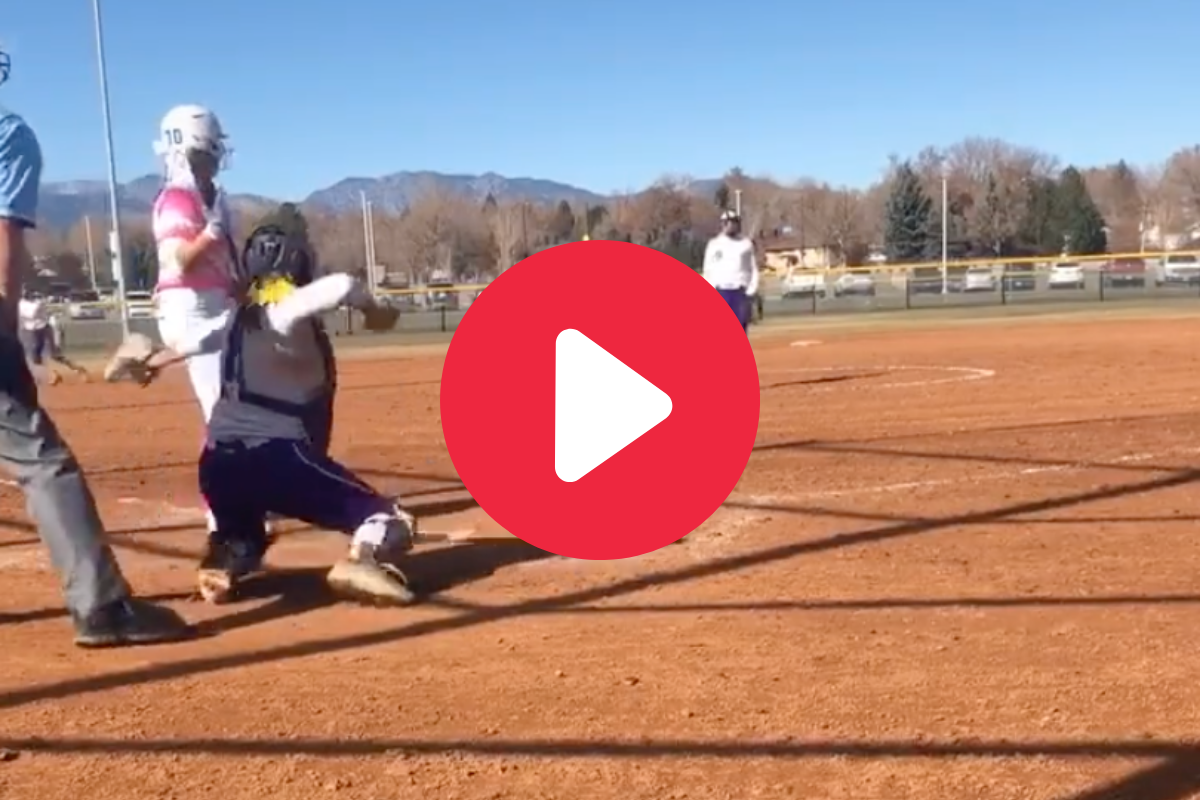 They’ve endured ground balls to the face, full-scorpion face plants, nasty forearm collisions at home plate, been flattened like pancakes at first base and lived to the tell the stories.

In a sport of reactions and reflexes, it helps to be light on the feet and hyper-aware at all times. Otherwise, a girl may end up being with a bruise the size of a grapefruit on her arm.

Alexis Maestretti was batting in a game while playing for Chaparral High School in Parker, Colorado.

The 5-foot-4 slugger took a pitcher above the letters for a ball. Meanwhile, the runner on second base took off for third base.

Maestretti watched her teammate close in on the base, probably cheering her on and thinking “way to go! Now I can knock her in with a ground ball or a fly ball.”

The opposing catcher drilled Maestretti in her right arm. She never saw it coming. I have no idea why the catcher didn’t realize there was a full-grown human in front of her, but she uncorked the throw anyway. Maestretti likely went home with a huge welt on her arm.

Although we don?t see the rest of this play, it?s hard to imagine the umpire would?ve called interference. If Alexis would have swung and purposely blocked the catcher, she could?ve been. She stands in the box and has every right to do so. It?s the catcher?s job to step back and throw around her.

She went on to play collegiately at Garden City Community College in Garden City, Kansas. She?s hitting a robust .456 with nine home runs.

It?s safe to say this softball player will think twice about where she stands when a runner on second steals third. At the very least, she could duck to avoid injury.