HS Punter Scored 109-Yard TD, Then Starred in the SEC 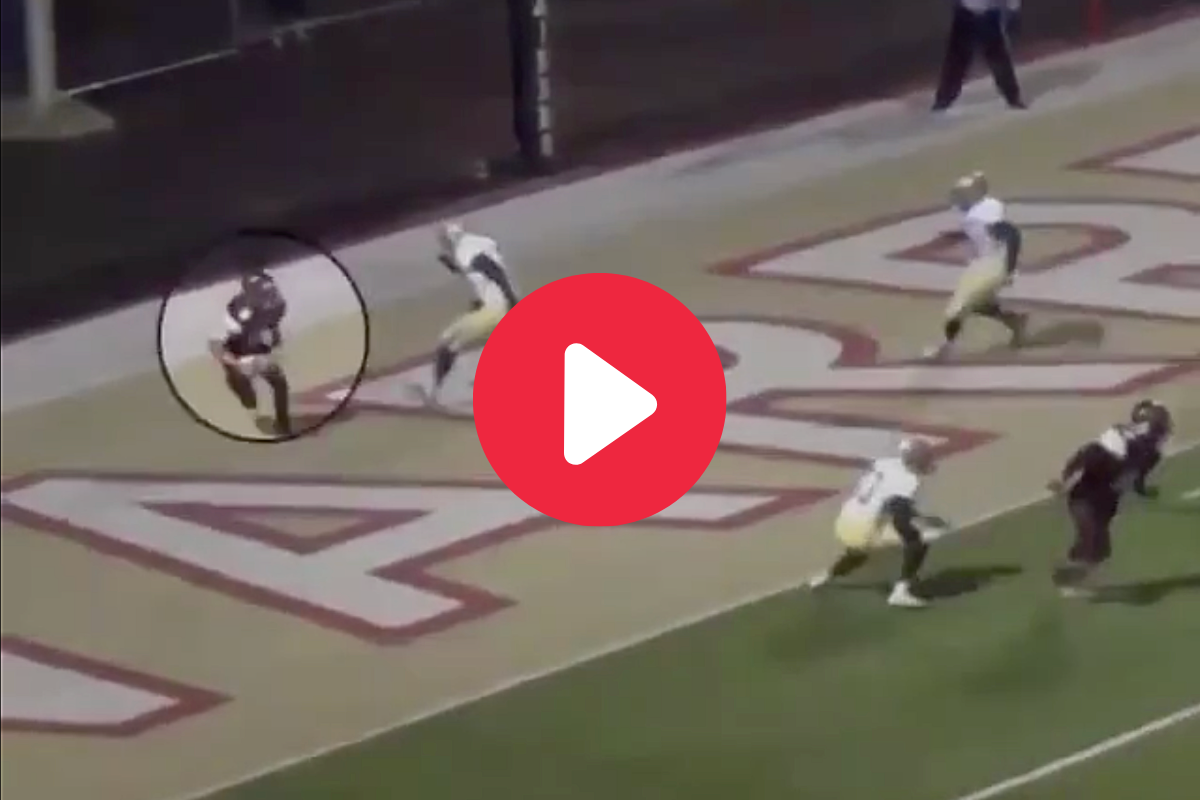 This one looked straight out of a video game. This one in Texas lasted some 40 seconds long and had everyone gasping for air by the time the returner reached the end zone. Even those may not compare to the one below.

How does 109 yards from a punter sound? Maybe you can take a guess who this kid became in college.

This one’s going in the ridiculous touchdown Hall of Fame 🤯

Let’s break this incredible play down.

The punter juggles the low snap and thinks to himself something like, “well, I guess it’s time to break 50 ankles and take this one 109 yards to the house.”

At around the 2-yard line he looks like he’s in the middle of a seance considering how many defenders are surrounding him in a circle. Somehow, he escapes.

When he cuts out to the left side of the field, that’s when the bodies start flying. One after the other, tackles throw themselves at the “punter” in attempt to bring him down.

When he gets to his own 40-yard line (despite running probably 100 yards in total already) he gets a MASSIVE BLOCK from a teammate. That kid right there is the real MVP of this entire highlight.

OK fine, the cat’s out of the bag. That’s former University of Kentucky Wildcat Lynn Bowden Jr. back when he played at Warren G. Harding High School in Ohio. Yes, the same Lynn Bowden Jr. who starred at wide receiver before stepping in at quarterback for the Wildcats and earned 2019 First-Team All-American honors as well as the Paul Hornung Award for the nation’s most versatile player. The same Lynn Bowden who fought before the 2019 Belk Bowl then rushed for more than 200 yards in it.

Bowden played quarterback and apparently punter back in his prep days. By the time he was finished in high school, he amassed 7,387 rushing yards and 91 rushing touchdowns. None were as impressive as this one.

Now, Bowden plays in the NFL. The Las Vegas Raiders selected him in the third round of the 2020 NFL Draft before trading him to the Miami Dolphins in September.

If Lynn Bowden Jr. ever returns kicks for the Dolphins, we may see a few more “Miracles in Miami.”