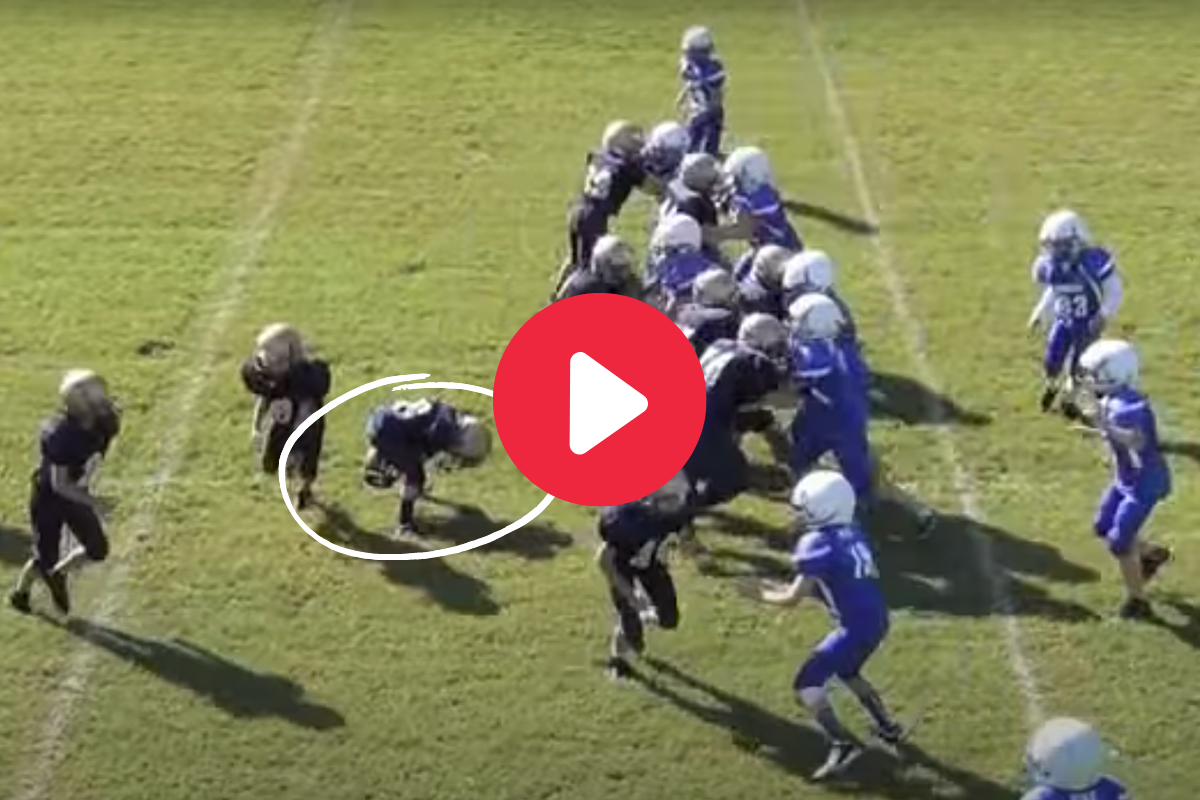 Pee wee football is one of the great pastimes football fans can savor. It’s where little dudes randomly take a break from tackling to begin dance parties. Some kids like this pulverizing pupil hit just as hard as high school and college football players.

If you thought these little tikes don’t draw up intricate plays, you better reconsider that stance. Yes, much of the sport is handing the ball off to a team’s biggest and fastest kid, but that doesn’t mean those dads on the sidelines don’t have fun by calling trick plays.

?This adorable “between-the-legs” trick play should be in the Hall of Fame.

This video takes place in a youth football league full of fourth graders in Louisville, Kentucky. According to the uploader, our two tricksters on offense are quarterback Ethan Pounders and Bradley West, the player who fools everyone.

After taking the snap, Pounder places the ball in his teammate’s hands through his legs. West then pauses for a moment and looks up to make sure the coast is clear. Then, he’s off for the races. Pure bliss.

The little man goes the distance and beats everyone to the end zone for the touchdown.

This play is just 100 percent adorableness. The fact that coaches were able to script this one up and the players executed it to perfection is the icing on top.

I’ve seen trick plays similar to this one before. Auburn ran a “hidden human” play that looked a lot like this. Plus, numerous other high school and college teams have ridden versions of the hidden ball play.

But I can’t say I’ve seen a freakin’ pee wee football team pull off something so beautifully designed. I wonder what they’re cooking up next.