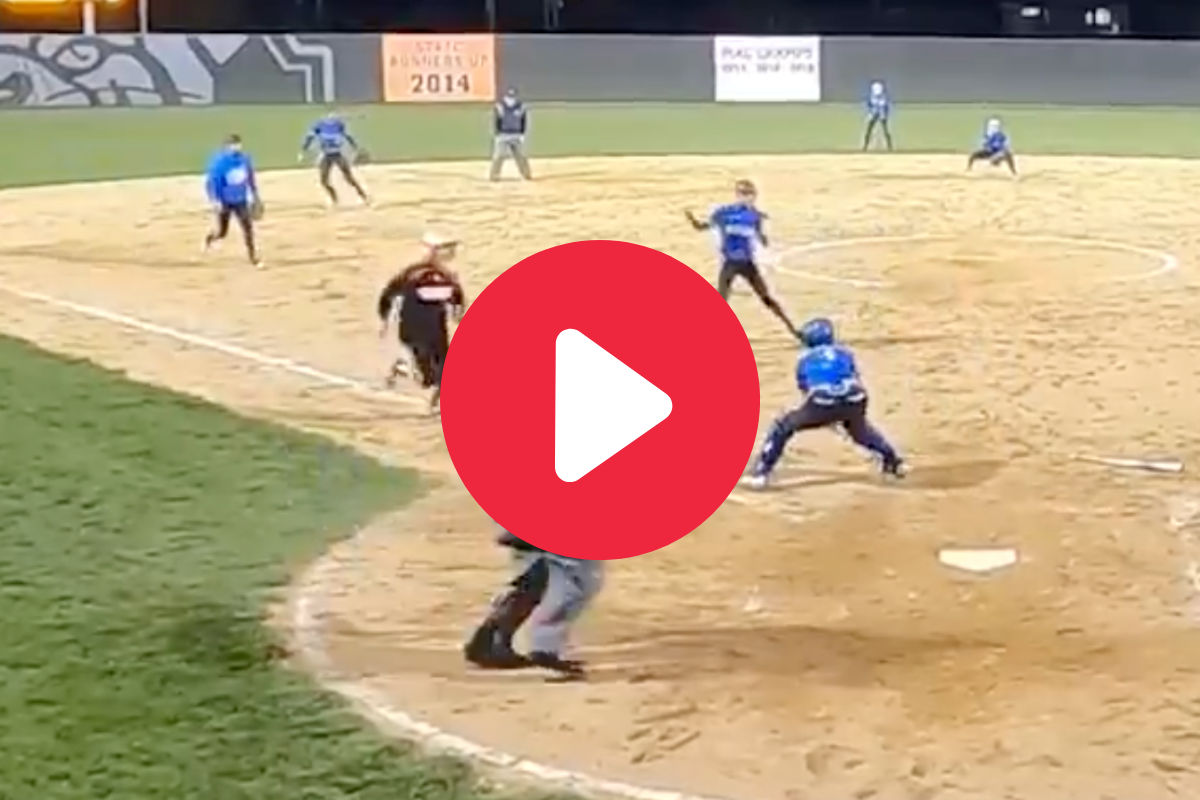 Triple plays are incredibly rare (though not as rare as the “quadruple play.”) The stars must align for them to take place. Two runners must be on base with nobody out. Then, the fielders have to take care of the rest without any hiccups or hesitation.

These ultimate rally killers are as exciting as any play in baseball or softball, except for maybe a good old-fashioned inside-the-park home run. Any time a defense can nab three outs at once, the crowd goes bananas and game momentum can shift.

In an Ohio softball tournament, a high school team pulled one off to save the game.

Great softball at the Finals of the Katie Horstman Classic. 0-0 going into the 7th inning. Bradford with runners at 1st and 3rd, then THE PLAY. Short stop Simone Puthoff to Kelby Doseck at first to Riley Hammonds for the tag at home. Triple Play! @LocalRussia @MinsterSoftball pic.twitter.com/Tg6YJ57Fr8

The Russia Red Raiders were tied 0-0 in the seventh inning against Bradford High School in Ohio’s Katie Horstman Classic softball tournament over the weekend.

Bradford was threatening with runners on the corners and zero outs. The Bradford batter lined a ball to Russia shortstop Simone Puthoff for out No. 1. She then fired over to first baseman Kelby Doseck for the second out.

Doseck was in a full split when she flipped the ball over to catcher Riley Hammonds, who was able to slap the tag on the runner looking to score the go-ahead run. The umpire punched her out and Russia went absolutely nuts on the field. So did the fans in the stands.

The runner on first was on the move, so she was pretty much dead in the water. I’m not sure what the last runner was thinking. If the third base coach told her to go, the triple play is on him. Kudos to the girls from Russia for staying aware during it all.

With the game on the line, they stopped any and all momentum.

The game went into extras, where Russia’s bats fell silent. Bradford took the lead on a squeeze bunt in the 11th inning and shut out Russia in the bottom half.

Still, triple plays at the softball level are rare because bases are so close together. It usually takes a mental blunder or two from the baserunners and some heads-up softball from the defense.