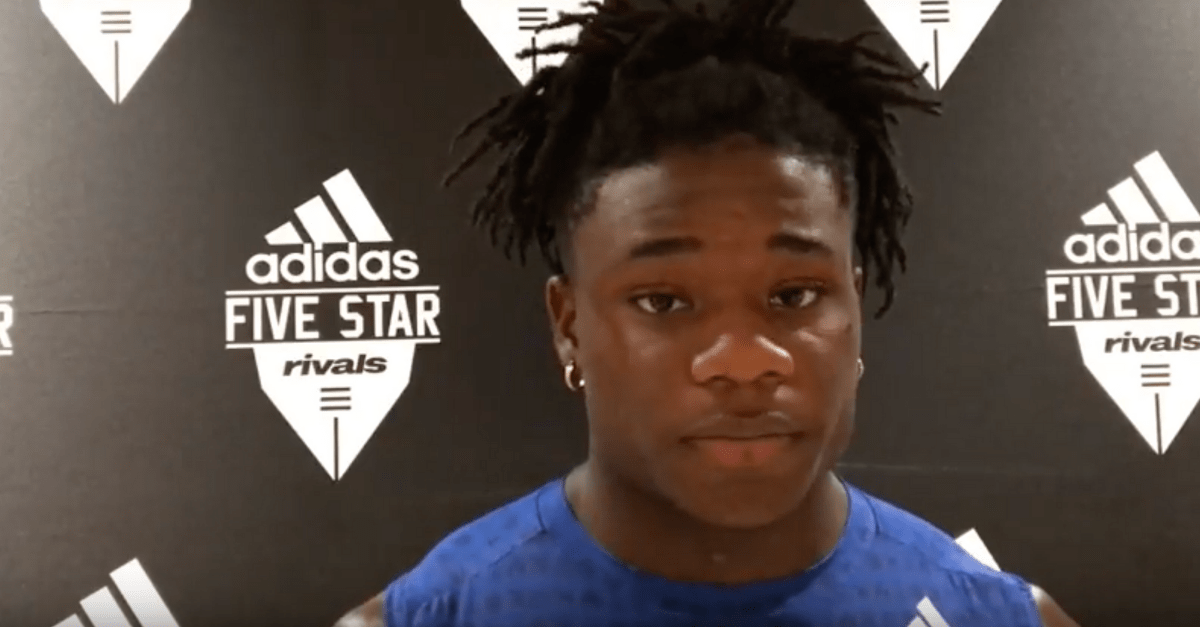 With the Early Signing Period in the rearview mirror and bowl season in full swing, the last big day for college football before the offseason is National Signing Day. That’s when the remainder of the 2020 recruiting class will sign their National Letters of Intent.

With many of the top recruits from this class of high school seniors already signed, who is left for the top programs to try and pick up to round out their classes on Wednesday, February 5?

Top prospects that have not signed yet 👀 🖊

Even though most of the top prospects are signed, like defensive tackle Bryan Bresee, there is still a ton of talent out their for your favorite team to pick up. However, there are just five of the Top 50 players in the 247Sports Composite who remain unsigned and 12 of the Top 100, including three in the Top 10.

Obviously, the Top 100 players doesn’t encapsulate all of the talent in this recruiting class. There are tons of players across the country who didn’t sign with a school during the Early Signing Period but will go on to have excellent college football and NFL careers, whether they are a three-star, four-star or five-star recruit, or not even rated at all.

Many of these players are looking at the top schools who are always in play for the best talent like the Ohio State Buckeyes, Michigan Wolverines, Alabama Crimson Tide, Notre Dame Fighting Irish, and Clemson Tigers.

Although he has been committed to play for the Oklahoma Sooners since November 28, Grimes did not sign during the Early Signing Period. This may not mean anything, but the sixth-best recruit has his position is technically still available.

Folsom (Calif.) APB Daniyel Ngata will announce his decision during the Under Armour @AllAmericaGame on Jan 2. Ngata is the No. 2 APB nationally and has a top five of Arizona State, Clemson, Oklahoma State, Texas A&M and Utah https://t.co/ozbdkatdBd pic.twitter.com/opRD2JomnS

Currently set to announce his decision during the Under Armour All-American Game, the second-rated all-purpose back in the country will be choosing between Arizona State, Clemson, Oklahoma State, Texas A&M, and Utah. 247Sports has Ngata leaning heavily towards the Sun Devils, but a lot can happen in a month.

In early January, the sixth-ranked cornerback in the country will be making his decision. Manning’s top five consists of Arizona State, Georgia, Oklahoma, Oregon, and Texas A&M.

Since teams are passing the ball more than ever, all teams could definitely use a talented cover-corner, so this is a big recruit to keep an eye on.

As one of the top defensive linemen in the country, Collins is highly sought after with a Power 5-ready frame. The defensive end out of Texas seems like he is planning on staying home with 247Sports confident in him eventually signing with the Longhorns. He will be playing in the Army All-American Game on January 4.

For some reason this video got deleted…. 🔥 pic.twitter.com/p8lpvqUt6Z

As the No. 10-ranked receiver and 59th overall recruit in the country, Henderson seems to favor some of the schools who have been producing the best wide receiver talent as of late with Clemson, Alabama, Georgia, and Florida being his top schools.

Bryant Jr. comes in just ahead of Henderson as the ninth-best receiver and No. 57 nationally. He will be committing on the January 4 as well and the USC Trojans seem to be in play.

Four-star safety Avantae Williams has set up an official visit with #OleMiss for January 25th.

The 5-foot-11, 170-pound athlete out of Deland, Florida decommitted from Oregon earlier this month.

Miami, Florida, and Georgia are also trying to land his signature.

The second-ranked safety recruit in the country has been committed to a few programs at this point and has shown interest in another as of late. With Lane Kiffin taking over at Ole Miss, Williams has shown interest and has an official visit scheduled to the Rebels at the end of January. He also has Miami, Florida, Oregon, and Georgia on his list.

5 Star OL Broderick Jones will not sign with Georgia today as originally planned. Auburn has made a big enough push as of late to hold him off. So Jones will visit #Auburn and #UGA one more time each before February signing day! #Dawgs #WarEagle
Follow for all things #NSD2020

Broderick Jones, an offensive tackle out of Georgia, seems to be a lock for the Bulldogs since he has been committed since April 2018. However, weirder things have happened on National Signing Day. The Auburn Tigers could also be in the running.

There is a new No. 1 player on 247sports player composite rankings – North Shore's (TX) @Runzekerun01.

If he holds down the No. 1 spot he would be the first running back since Leonard Fournette (14') to be the top recruit in the nation.#TapeDontLie 🎥 – https://t.co/ML3dOpj0pl pic.twitter.com/uwt5FM7ywd

Although he didn’t stay rated the top player in this recruiting class, Evnas is still the top running back and has his choice of schools. Out of Texas, Evans is going to announce his decision during the Under Armour All-American Game with Georgia and LSU topping the schools to look for.

Maybe the most interesting storyline heading toward National Signing Day is the recruitment of Darnell Washington. The best tight end in the class, Washington will be one of the best at his position in college football as soon as he walks on campus. But which campus will that be?

Washington reportedly signed his NLI during the Early Signing Period, but he wants to wait and announce who that will be during the Under Armour All-American Game. His choice is going to come down to Georiga, Alabama, Miami, Florida, and Tennessee.

BREAKING: Kelee Ringo & Darnell Washington DID NOT sign with Georgia during the Early Signing Period. The 2 players already signed NLIs & they plan to announce their decision in January.

The source did confirm that Zach Evans signed with UGA and will be a future Bulldog. pic.twitter.com/u3mheojO40

Like Washington, Kelee Ringo also signed his NLI and is waiting to announce the school during the Army All-American game. He is the top-rated cornerback and defensive back in the class and had recent visits to Georgia and Oregon. If the Ducks can bring in Ringo, they will have signed both the top defensive back and top two inside linebackers in this class, setting up Mario Cristobal with a great defensive studs for the future.

Although Burch committed to the South Carolina Gamecocks in mid-January 2019, the fifth-ranked recruit in the country and top defensive line recruit remains unsigned.

With quite a bit of time left before he has to sign, teams like Alabama, Clemson, Georgia, and LSU could try and sneak their way back into his recruitment if he is having second thoughts.