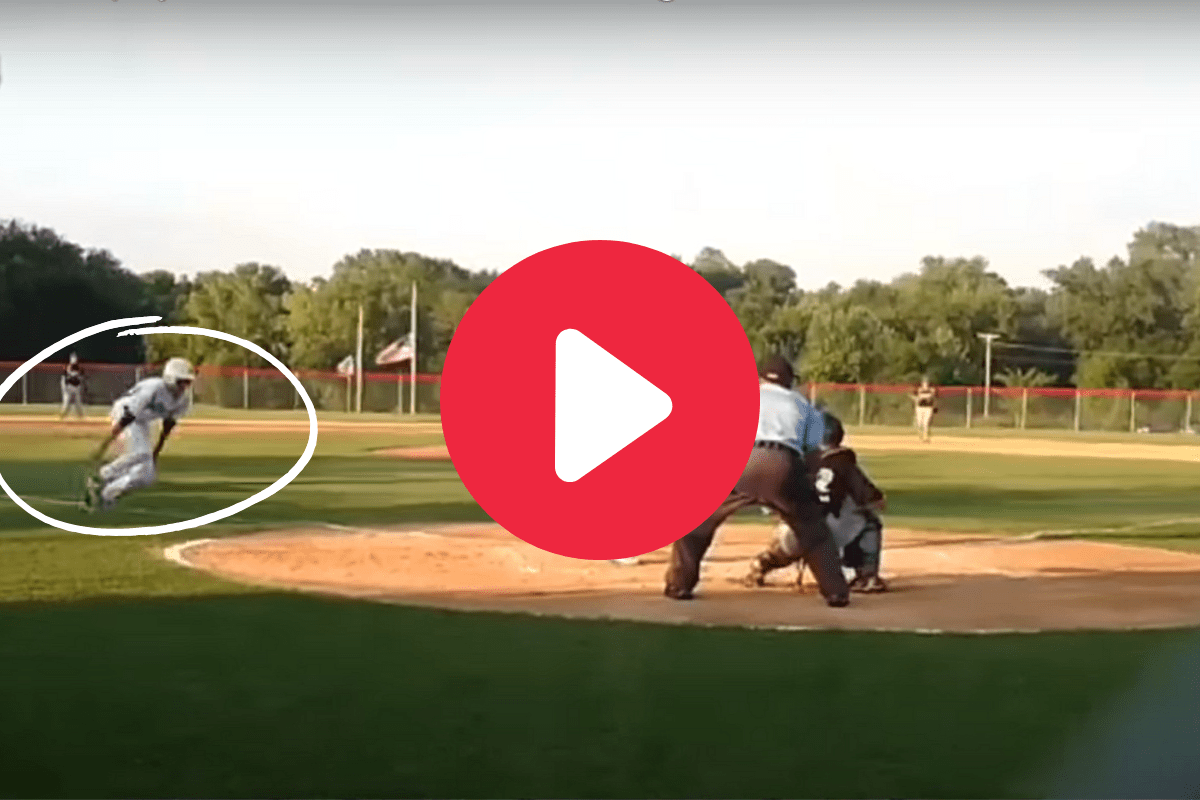 We’ve seen people dive over, around and through catchers to steal home, but we’ve never seen the base runner slide through his teammate’s legs to score a run.

That is until now, when Graham Tews slid through his teammate Drew Eich’s legs to notch the run. That’s a heck of a way to score a run.

According to the Newton Daily News, Tews’ team wound up losing the game. Ogden High School may have lost the title game in Iowa, but the only play these kids likely remember is Tews’ crazy steal of home.

I’d like to see Benny “The Jet” Rodriguez put on his PF Flyers and do this.

For the record, this play was no accident if you ask Graham.

In case anyone was wondering, the steal WAS planned 😏

Well then, major kudos to this kid.