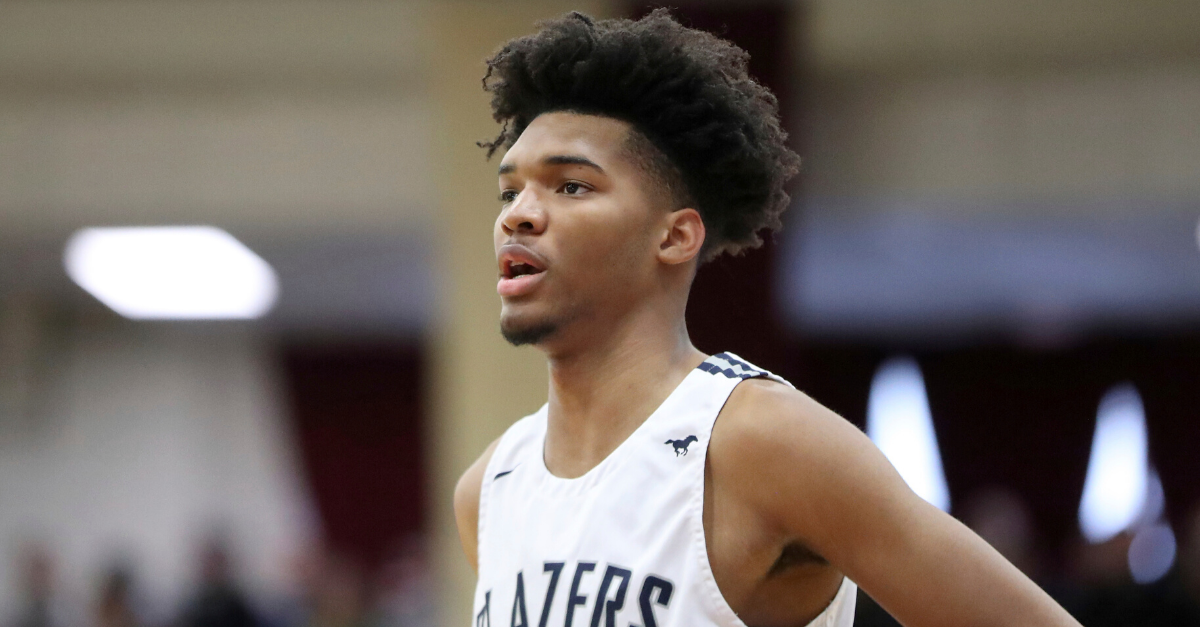 Sierra Canyon School features one of the best high school basketball players in the country, and I’m not talking about LeBron James Jr. AKA Bronny James or Zaire Wade, Dwyane Wade’s son.

While those two hoopers receive headlines and hype for their last names, it’s the prized recruits like 2022 five-star Amari Bailey, 2020 five-star Kentucky commit B.J. Boston and 2020 five-star Ziaire Williams that have been carrying the Trailblazers all season.

Ziaire Williams is the best on what is a stacked roster at this Chatsworth, Los Angeles School. The 6-foot-7 senior small forward is a consensus five-star player that can play for any college of his choosing. He may even wind up one day playing alongside LeBron James, who has frequented Sierra Canyon’s games this season.

Like his movements, Williams’ stroke is smooth. He can shoot with the best of them and is no stranger to clutch shots like the one he hit to send Sierra Canyon to the state championship game in March.

There was no question who was taking the final shot. Williams drove right and then back to the left before pulling up and sinking a 16-footer before the buzzer sounded. The shot gave the Trailblazers the 63-61 win and sent them to the state championship game at Sacramento’s Golden 1 Center.

?Oh man, we just have so much heart,? Williams told the Los Angeles Times afterward. ?We just kept fighting. Our coaches kept telling us, ?Keep going, keep going.? Our bench players came in and got some big steals.?

Trust in the Lord with all your heart
and lean not on your own understanding;
in all your ways submit to him,and he will make your paths straight
Proverbs 3:5-6

UPDATE (April 13, 2020): Ziaire Williams has officially committed to Stanford University according to his Twitter account. A consensus top-10 recruit in the 2020 class, Williams marks the Stanford Cardinal’s highest-rated recruit ever ahead of Brooke and Robin Lopez in 2006.

Williams, a McDonald’s All-American, made one college basketball program very happy. He’s rated the No. 6 overall prospect in the country by 247Sports and No. 7 by ESPN.

Rated the top small forward in the nation, his 247Sports composite score (.9980) is higher than James Harden, Chris Paul or Blake Griffin’s were coming out of high school.

The Lancaster, California, native remained uncommitted until April 2020, as he previously narrowed his decision down to seven schools: Duke, North Carolina, USC, Stanford, Arizona, UCLA, Oregon. He took official visits to the UNC Tarheels and the nearby USC Trojans last fall, however.

The Blue Devils seemed like a long shot considering they already have five top-50 commitments for the 2020 class, although Williams would have been the highest if he chose head coach Mike Krzyzewski’s program. Likewise, UNC’s stacked 2020 recruiting class under Roy Williams includes four top-50 players heading to the ACC.

USC has already secured a commitment from No. 1 overall prospect Evan Mobley and the two could’ve formed a dynamic duo for the ages out west in the Pac-12.

According to 247Sports‘ scouting report, Williams has “significant NBA upside”:

“Significant physical upside with plenty of room to gain strength. Athletic wing with good size and decent length. Easily should be able to play both big three and small-ball four at college level. Smooth stroke with ability to hit threes off the catch and pull. More of a one- and two-dribble pull-up shooter than slasher, but has quick first step and good touch around basket. Has multi-positional defensive upside. Adding strength and improving ball skills/aggressiveness will take game to the next level. Easy high major talent with significant NBA upside.”

Ziaire Williams has produced every step of the way in high school.

While attending Notre Dame High School in Sherman Oaks, Los Angeles, for his first three years, he turned heads almost immediately. He averaged 13.6 points per game as a freshman and was averaging 27 points, 10 rebounds and three assists per game by his junior year.

The teenager has also played internationally for the U.S. national under-19 team at the 2019 FIBA Under-19 Basketball World Cup in Greece. During that tournament, he averaged 5.3 points per game and helped the U.S. win a gold medal.

He transferred to Sierra Canyon for his senior season and, after missing time to transfer rules, had his team on the verge of a state championship before the rest of the season was canceled due to the coronavirus.

Williams doesn’t need a last name like James or Wade because his play speaks for itself. Maybe we’ll get to see him next March when the NCAA Tournament rolls around.

This article was originally published on March 11, 2020, but has been updated following Williams’ commitment to Stanford.