When Joe Biden was inaugurated as the 46th President of the United States, he not only was handed the keys to the White House, but also the keys to one of the most expensive and unique automobiles in history. At 22,000 pounds, it is no wonder they call the Presidential state car: The Beast.

The Beast, which carries U.S. President Joe Biden and once ferried former President Donald Trump, debuted in 2018 during a trip to New York, but its first inauguration use came in 2020. The crown jewel of the presidential motorcade also did a few laps around the track at the 2020 Daytona 500, although the Secret Service agents failed to even make it to the podium. Not a great showing if you ask me.

But while the presidential limousine may look like a beefed-up version of your average limo prom night limo or Escalade, The Beast is far from average. If anything, this rolling fortress is the offensive lineman of the automotive world. It's big, it's bulky and its most important security features are hidden from view, making it the best-kept secret in protecting precious cargo.

The Beast: History and Specs of the Presidential Limousine 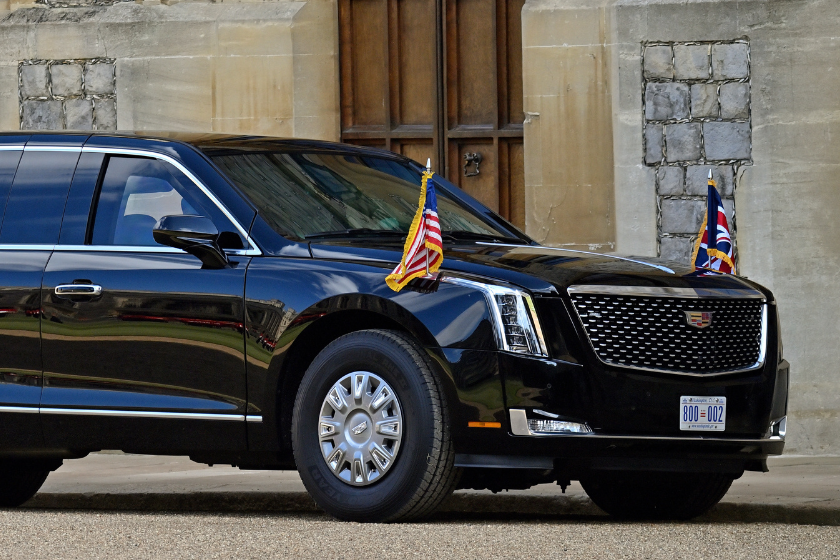 RELATED: Donald Trump Lost Out on $5.7 Billion By Not Buying the Dallas Cowboys

The Beast was originally commissioned by the Secret Service in 2014 under President Barack Obama, but the new beast wouldn't be put into service until 2018. It was designed to look like a Cadillac CT6, similar to previous presidential limos. That's where the name "Cadillac One" comes from, mirroring the name of the presidential plane, Air Force One.

The chassis of the Cadillac limo, a Duramax diesel engine, churns out 214 horsepower. The transmission on The Beast is derived from General Motors' heavy-duty vehicles. To keep with the Cadillac aesthetic, the headlamps, tail lamps and grille are all given that classic Caddy style to complete the elegant and timeless feel.

The $1.5 million Cadillac Limousine is built like a rolling bunker, with 8-inch thick armor plating made of steel, ceramic and aluminum. On top of that, the windows are made of five-inch thick bulletproof glass. Now, your first question may be, isn't that going to make the doors heavy? Well, you'd be right. One of the doors on The Beast weighs as much as one of the doors you'd find on a Boeing 757. Can you imagine President Trump trying to open the heavy door of the presidential vehicle? Thankfully, the Secret Service is there to help.

The President's ride sits atop Kevlar-reinforced, run-flat tires made by Goodyear, to make sure a blown-out tire doesn't slow the Secret Service's escape from a dangerous situation. And in the case of engine failure, the President's suped-up Chevrolet Suburban is usually nearby.

As you would expect, the Beast has some of the most incredible security features necessary for keeping the leader of the free world safe. In the event of a chemical attack, the interior can seal itself off. There's a special foam that can insulate the fuel tank in case of impact. Pump-action shotguns, grenade launchers, night vision cameras and tear gas cannons come stocked, as do oxygen supply tanks, firefighting equipment and a suite equipped with a supply of the President's blood type. To top it all off, Cadillac One comes with smokescreen and oil slick capabilities, like something straight out of a James Bond movie. Think about that the next time your kids complain about the air conditioning.

The Beast: The Offensive Lineman of the Automotive World 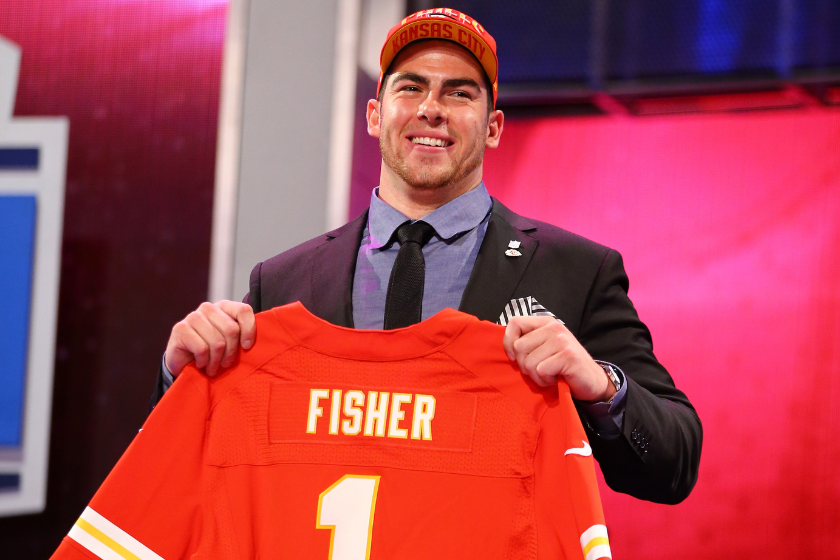 At this point, you may be reading this thinking, "$1.5 million is a lot to spend on a car." That's far, I don't know a lot of people who have that kind of money to toss around on Cadillac limousines with shotguns and bags of blood. But when it comes to protecting the Leader of the Free World and the Commander and Chief of the United States, there's no price too steep. This is also the case for NFL teams drafting offensive linemen in the NFL Draft.

We all remember the 2013 NFL Draft, where the top two picks were offensive linemen, Eric Fisher and Luke Joeckel. Nowadays, if a team isn't taking the best player available with the No. 1 or No. 2 overall pick, they'd be laughed out of a job. But in 2013, eight out of the first 20 picks in the first round were O-lineman, so what gives?

The safety and security of an NFL team's quarterback is nothing to mess with. Don't believe me? Just ask Joe Burrow. The Cincinnati Bengals quarterback suffered a brutal knee injury in just his 10th NFL game. Many fans and pundits pointed to the horrible offensive line that the Bengals brought in to protect him, but the criticism didn't stop there. The Bengals are notorious for having a lackluster O-Line, and thankfully, they've fixed their past mistakes in recent seasons.

Protecting the man under center is of paramount importance both on the gridiron and on the political playing field. So, the price tag may be steep on The Beast, but it's worth its weight in gold when it comes to the protective measures it houses.

And that's a lot of gold because The Beast is HEAVY.