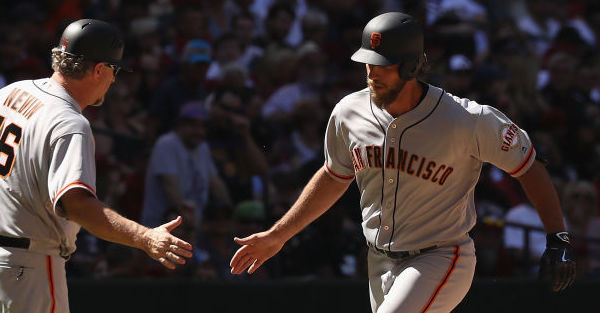 The San Francisco Giants are off to a rough start to the 2017 MLB season. As of this writing, the team is 6-10 and sits in last place in the NL West.

Madison Bumgarner, the team’s ace, is also struggling to start 2017 and will reportedly miss six-to-eight weeks of action after injuring his shoulder in a dirt bike-related accident.

Source: Expectation is that #SFGiants’ Bumgarner will be out 6 to 8 weeks.

Bumgarner reportedly spent his day off Thursday dirt biking in Denver where he would later get into an accident that result in an injury to the AC joint in his shoulder.

The Giants revealed that Bumgarner was released from the hospital, but the injury is severe enough that their ace will miss a lot of time.

Bumgarner was 0-3 and carried a 3.00 ERA before being placed on the disabled list Friday.