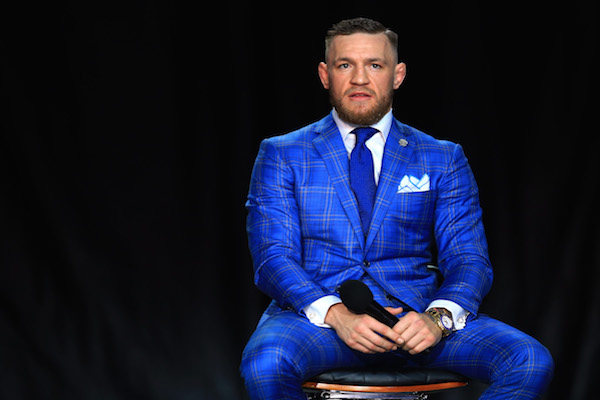 Few have given UFC Lightweight Champion Conor McGregor a chance in his upcoming boxing match against Floyd Mayweather Jr.

That likely won’t change based on rumors emerging from his training camp.

McGregor was reportedly knocked out during a recent sparring session, according to former WBO Welterweight Champion Jessie Vargas.

?Conor?s gonna get knocked out,? Vargas told Villanfy Media. ?Mayweather always lives up to the hype. I have no doubt. I actually want to put down money on it, the odds aren?t that bad. [McGregor] got knocked out in sparring already, man.”

RELATED: Conor McGregor showed up to his Floyd Mayweather press conference with a suit that had one subtle, NSFW message

McGregor, who participated in a series of press conferences alongside Mayweather last week to promote the “Money” fight, will make his boxing debut next month in Las Vegas, Nevada against the undefeated champion on August 26.