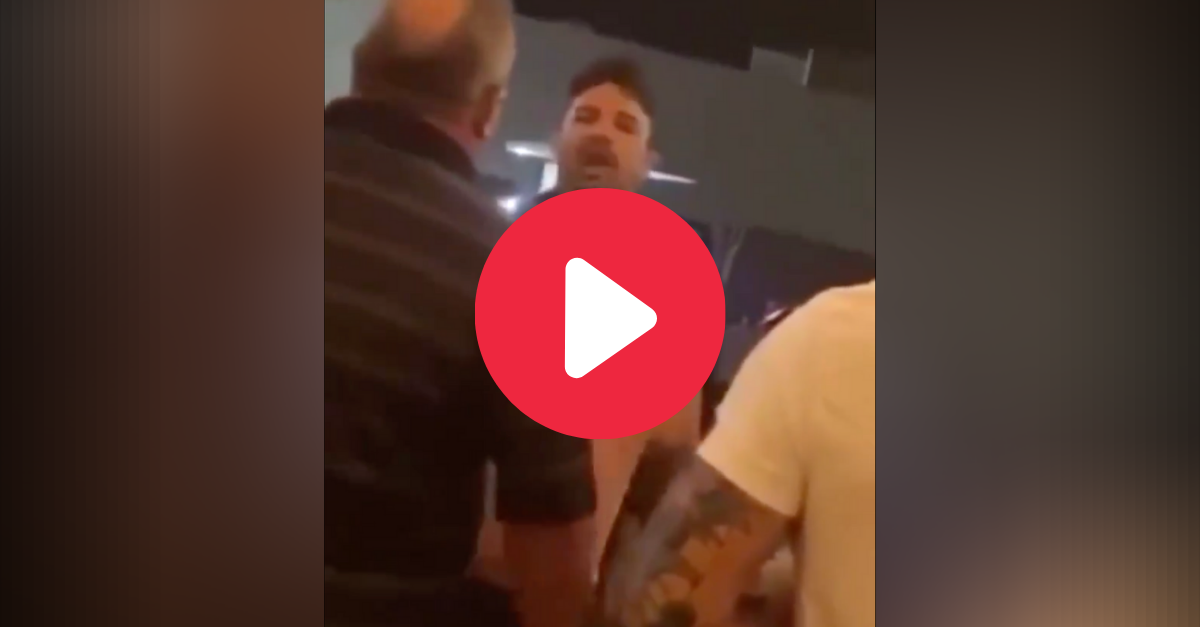 Some UFC fighters just can’t keep their haymaker punches and fighting ways outside of the octagon. Considering these mixed martial arts professionals are some of the best scrappers in the world, that can be incredibly dangerous to those around them.

Former MMA fighter B.J. Penn once brawled with a bouncer outside of a strip club and got knocked out cold in a separate street fight. Conor McGregor punched an elderly man inside of a bar once, and the whole incident was caught on tape. Even Ronda Rousey beat her ex-boyfriend to a pulp for taking nude pictures of her.

The bottom line: don’t mess with these world-class athletes.

Add Platinum Mike Perry to that list as well.

UFC fighter Mike Perry, who recently won a welterweight fight by unanimous decision against Mickey Gall at UFC on ESPN: Poirier vs. Hooker on June 27, was caught on camera landing a punch on an elderly man during an angry tirade outside a restaurant in Texas.

Mike Perry in a bar fight last night over someone “touching him”.

This is pretty disgusting behaviour from a UFC calibre fighter. Acting like a complete child. pic.twitter.com/ZAuxZTtXtW

According to TMZ Sports, Perry was ordering mojitos all night at Table 82 in Lubbock, Texas, before staff asked him to leave around 10:30 p.m. Tuesday night.

That’s when Perry started raising hell. Perry’s girlfriend, Latory Gonzalez, who stood ringside by him at his last fight, tries calming him down but is called “a b****.” He drops the n-word multiple times, though it doesn’t appear the racial slurs were meant for anyone. The pinnacle of the incident comes when an older man tries helping escort Perry out of the restaurant.

“I’ll knock your old ass out too,” Perry tells the man before throwing a punch. “Let’s go you fat piece of s***.”

TMZ reported that Perry was not arrested after the bar fight despite cops being called and him allegedly punching three different people. He is facing a Class A misdemeanor assault charge, according to MMAFighting.com.

The police report stated the elderly man was unconscious when police arrived. The man reportedly smacked his head against the concrete following the punch and was taken to a local hospital, where he told cops he didn’t remember much about the altercation.

Perry, per TMZ, told police that he was trying to leave the restaurant but became furious when people were “putting hands on me.”

The UFC welterweight fighter sent out a Tweet on social media that read, “no comment.” The original video first surfaced when a Twitter user named MMA Eejit sent it out.

I think the video speaks for itself.

As for the UFC and Dana White, they haven’t released a statement yet. The organization is gearing up for the much anticipated UFC 251 at UFC Fight Island on July 11, which will feature fighters like Jorge Masvidal, Kamaru Usman and Paige VanZant.