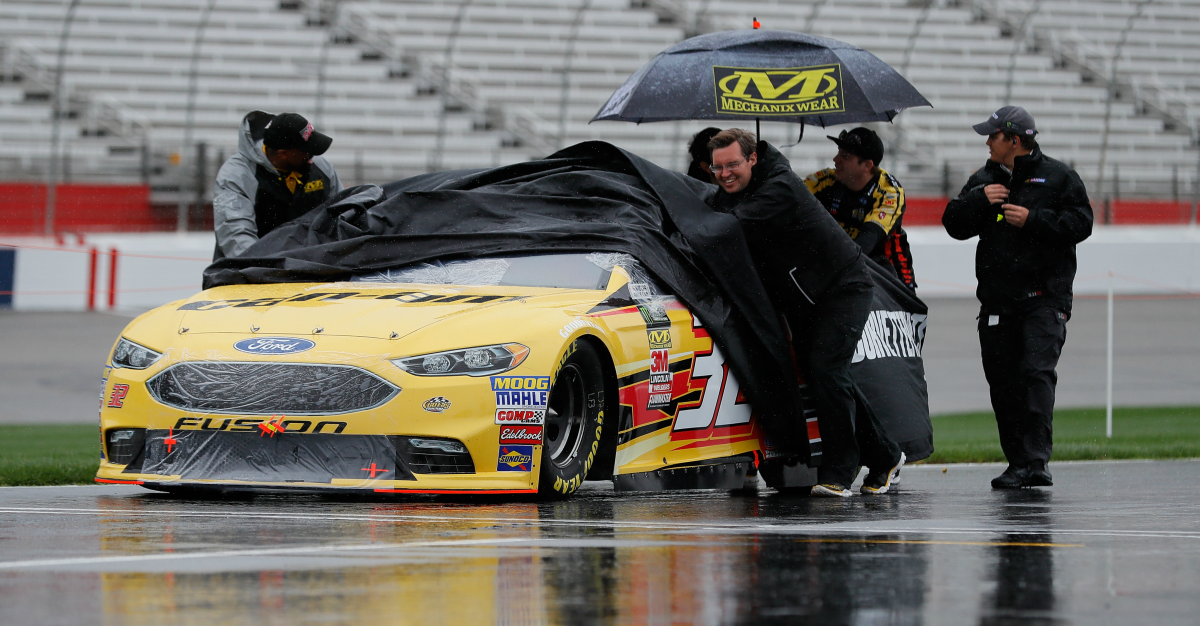 The Folds of Honor QuikTrip 500 had already been moved once due to rain in the forecast. Originally slated to start at 2:16, the start was moved up to 1:06 p.m. ET on Sunday to try to get some racing in before the skies opened. Instead, Atlanta Motor Speedway’s Monster Energy NASCAR Cup Series race was delayed indefinitely when rain soaked the track ahead of the new start time.

Drivers and fans had to wait to hear when the race may start or if it will be moved to Monday or even Tuesday. At around 2:00 PM, NASCAR announced that driver intros would take place at 2:30 with the hope that racing could start shortly after 3:00 PM eastern.

This isn’t the first time officials have dealt with a threat of rain at Atlanta.