One race into the NASCAR season, Toyota sees a big challenge ahead 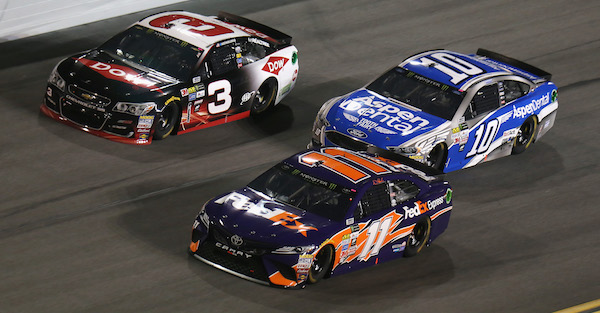 Toyota dominated the 2017 season in the Cup Series as Martin Truex Jr. drove his Toyota to a championship, and the company easily won the manufacturers’ championship.

But Toyota executives know the 2018 season won’t be a breeze, and it will be a difficult challenge for Toyota to defend both of its titles from a season ago.

David Wilson, who serves as Toyota’s president of motorsports in the U.S., told Autosport he knows this year will be very challenging.

“In many sports, not just racing, the biggest challenge is coming off a championship season – how do you push yourself even further?” Wilson said.

Related: Racing?s next rising star thanks NASCAR?s Danica Patrick for blazing the trail

Wilson said being the hunter is an easier position to be in than being at the top of the food chain.

“Sometimes it’s easier to chase than being chased, because you know there’s a target; when you’re the target you have to approach a little bit differently,” he said.

“But that’s a good position to be in frankly.”

Toyota had two drivers in the Championship 4 a season ago with Truex and Kyle Busch, and Ford had the other two drivers with Brad Keselowski and Kevin Harvick. But Toyota’s top challenger this year might actually be Chevrolet.

Chevy unveiled its new Camaro for this season, and if the Daytona 500 is any indication, 2018 could be a bounce back year. The top two finishers at the Daytona 500 ? Austin Dillon and Bubba Wallace ? were both driving Chevys.

Denny Hamlin finished third in a Toyota, but Truex and Busch were both outside of the top 15. That probably won’t become a trend for those two, but it will be interesting to see if Chevy continues to outperform Toyota.