A star athlete faced 14 years in prison for a sex crime. What the judge did will make your head spin 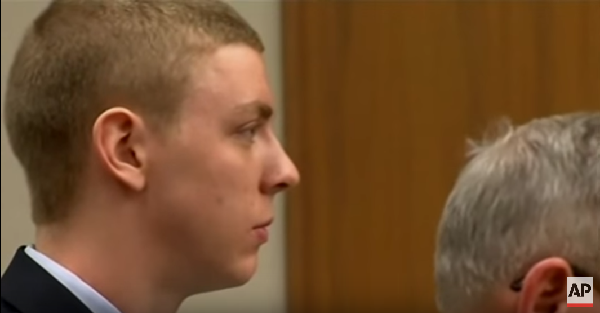 A former swimmer at prestigious Stanford University was sentenced to  jail for the sexual assault of a woman who was passed out drunk outside of a frat party.

It’s the length of time that has some people stunned.

Turner is expected to serve just three months in a county jail, but will be required to register as a sex offender for the remainder of his life as well as complete a sex offender management program, according to the report. What’s even more shocking — he could have received up to 14-years in prison.

In the early morning hours of  Jan. 18 of 2015, two Stanford students observed Turner on the ground outside of the Kappa Alpha Fraternity thrusting his hips on top of a partially-clothed, unconscious woman.

The students called police and Turner was arrested and charged with three felonies; assault with intent to commit rape of an intoxicated woman, sexually penetrating an intoxicated person with a foreign object, and sexual penetration of an unconscious person.

The victim told the court that after the assault she cut herself off from friends and family, and ultimately quit her job. She also described waking up in a hospital after the incident with her underwear missing and not knowing how she got there.

She added that probation should not be an option for Brock because he never took accountability for his actions and never apologized for the assault, only for drinking.

Judge Persky, meanwhile, admitted the difficulty in weighing both sides and reaching a decision.

The trial is a search for the truth,” Persky said. “It’s an imperfect process. But after the trial both sides should accept the jury’s findings.”

District Attorney Jeff Rosen was disappointed with the court’s decision.

The punishment does not fit the crime,” Rosen said. “The predatory offender has failed to take responsibility, failed to show remorse, and failed to tell the truth. The sentence does not factor in the seriousness of this sexual assault or the victim’s ongoing trauma. Campus rape is no different than off-campus rape. Rape is rape and I will prosecute it as such.”

A three-time high school All-American and Olympic hopeful from Dayton, Ohio, Brock dropped out of Stanford soon after the incident and has been banned from the campus.