Woman Goes Viral for Dipping Chicken Tenders Into Her Soda 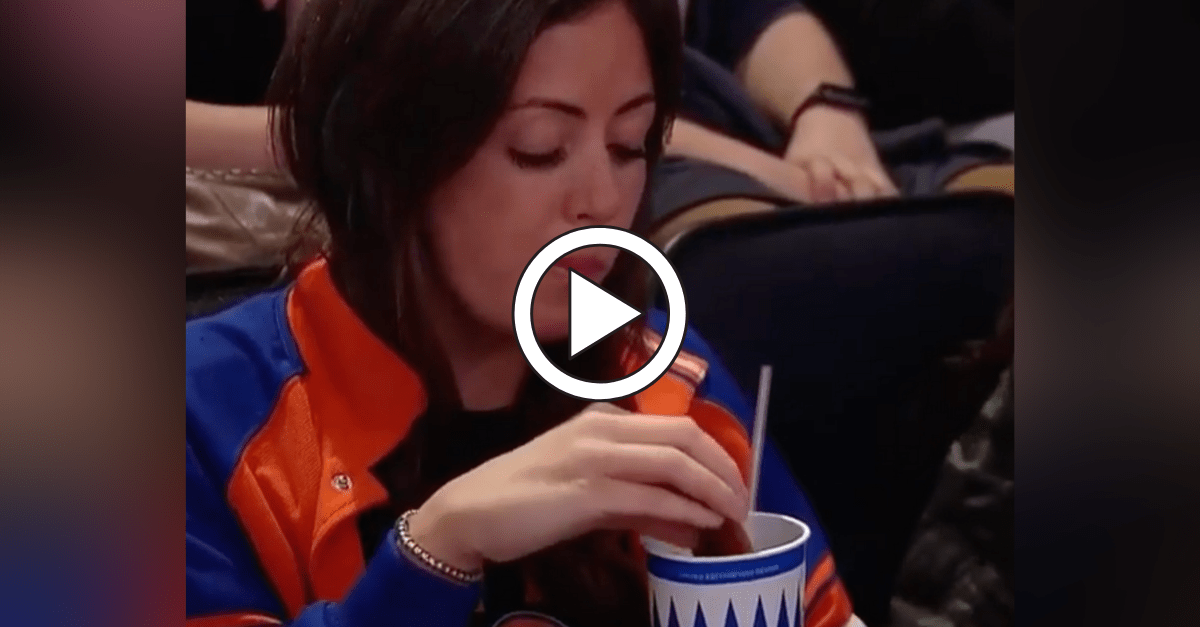 No matter who you are or where you are from, everyone has a weird habit. It’s what makes the world unique. Some are certainly more outrageous than others, and when those crazy moments are caught on camera, it can change a person’s life forever. Alexa Greenfield is proof.

Back in 2018, Greenfield was caught doing the unthinkable. She was casually enjoying some lunch at the U.S. Open in New York when ESPN cameras found her. The then-26-year-old didn’t know she was on television at the time, but she later learned when a viral video of her buzzed across social media.

As she was snacking on some chicken tenders, Greenfield dipped one into her Coca-Cola cup and quickly put it in her mouth. Not only did it spark a few minutes of fame right away, it also helped spark a new calling in life.

So this happened at the US Open today… 🧐 pic.twitter.com/fRDmpd3YWE

As someone who loves both chicken fingers and pop (or soda for those not from the Midwest), it’s impossible to judge someone’s eating habits involving that particular food combination. However, using your drink as a dipping sauce seems a bit on the wild side.

That’s what Greenfield did, though, and it took off in a big-time way.

The original video garnered nearly 1 million views on Twitter alone and turned Greenfield into a viral sensation well after that four-second clip.

Greenfield eventually created a music video, which has since been made private on YouTube. A few snippets of the “Chicken Soda” video can be found online, but singing to the beat of the famous “Chicken Dance” song wasn’t nearly as popular as the act itself.

“Before ever getting caught, I really tried to hide this habit,” Greenfield told Today.com. “I knew people would think it was weird and gross. Once it was out there, I just decided to go with it. I am not scared of the mean comments. It’s about a weird food habit, it’s not like attacking anything fundamental about me or my values.”

Oddly enough, it wasn’t the first time she was caught doing it in public. She was also shown on the jumbotron of a New York Knicks game and shared by House of Highlights during the coronavirus pandemic and COVID-19 outbreak across the globe.

She got caught on the jumbotron dunking chicken tenders into her soda. 🤨 @alexag (via @15sof)

Needless to say, life is good these days, as the odd habit caught on camera created several debates and made her famous today.