Anna Kournikova Started a Family With a Famous Singer After Tennis 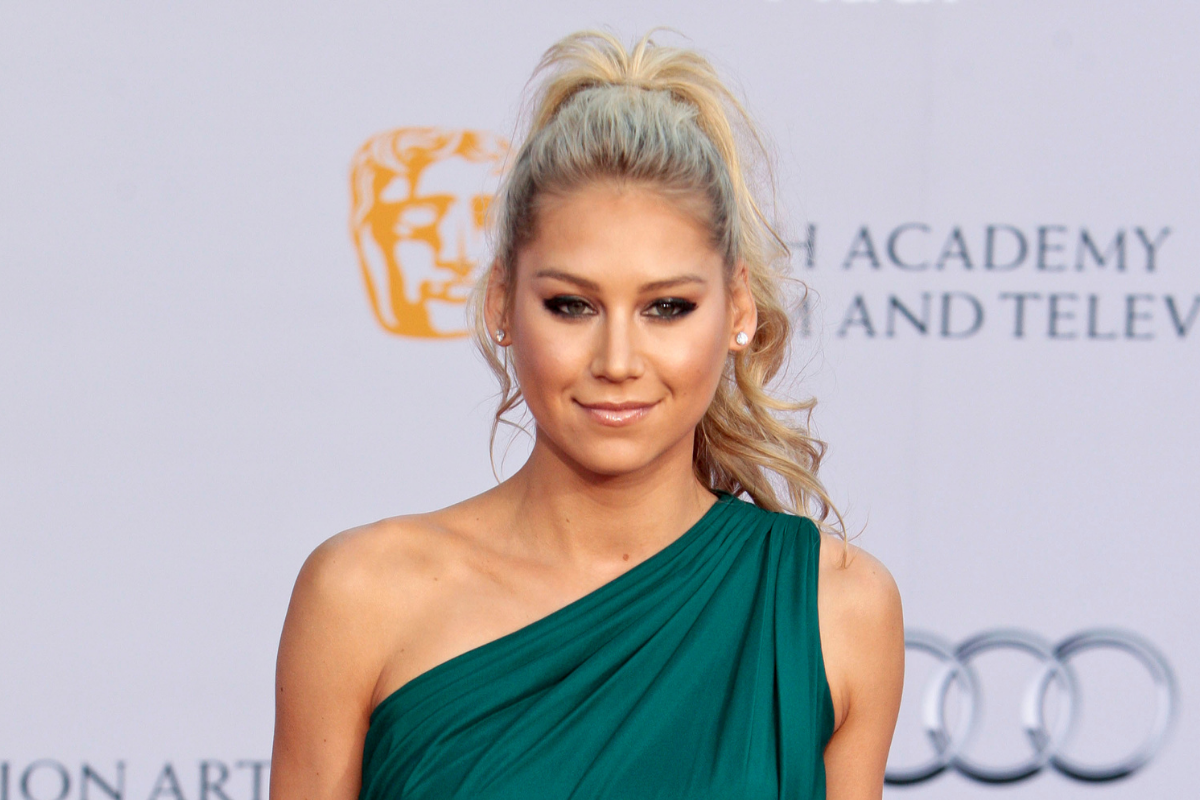 Anna Kournikova. It’s a name practically synonymous with heat. From her serves to her outfits, Kournikova was hot.

She came from Russia with love, a love for sport, specifically tennis. Kournikova was one of the top international teenage tennis players, competing in Grand Slams before she turned 18. She pushed Serena Williams and Venus Williams to greatness, trail-blazed for future Russian stars like Maria Sharapova and arguably made tennis sexy for the first time ever.

Prime ’80s Andre Agassi might disagree with my last statement.

Kournikova is known for her body of work off the court as much as her work on it. What happened to every 2000s teenage boy’s favorite poster, and where is she now?

Anna Sergeyevna Kournikova was born in Moscow to two Russian champion athletes. She’s a former professional tennis player, model and once one of the most searched images on Google.

Young Kournikova began playing tennis at age 6. She learned basics at Moscow’s Spartak Tennis Club before moving to America four years later. She landed in Bradenton, Florida to attend a tennis academy and chase her dream of professional tennis under coach Nick Bollettieri.

Kournikova debuted on the WTA Tour a mere four years after moving to the Sunshine State. In 1996, at age 15, she played in the Olympics and US Open, winning WTA Newcomer of the Year for her efforts.

At 16, ‘Kova made it to the Wimbledon singles semis after going out in the third round of the French Open. Kournikova was ranked 32nd in singles and 41st in doubles the same year she was eligible for an American driver’s license.

She began 1998 in Australia with a loss to Martina Hingis at the Australian Open. She also made it to her first-ever WTA Tour singles final later that year. She lost the final to Venus Williams, the first blow in a long rivalry with the Williams sisters. She finished her season with a disappointing first-round exit at the ’98 WTA Tour Championships.

After losing to Hingis again in the Tier 1 Family Circle Cup in 1999, Kournikova decided to team up with Hingis in doubles. By the end of the year, the team looked unstoppable. They earned the No. 1 doubles ranking and WTA Award for Doubles Team of the Year. They remained a top duo until 2001 when Kournikova suffered a foot fracture.

When Kova recovered, it was too late. Her days of top rankings were behind her. She lost the China Open Finals to Anna Smashnova, the most aptly named tennis player of all time. The loss was Kova’s final swing at WTA relevancy. The same year, Kova’s doubles team lost the Wimbledon semis to the Williams sisters but won in Shanghai with Janet Lee. Kova played one more WTA Tour season in 2003. She hasn’t played professionally since.

Aside from charity events, exhibition matches, and the occasional St. Louis Aces World Team Tennis doubles match, Kournikova put down the racket for good. She’s picked up another racket since then, one that’s proven far more profitable.

We as a society don’t give Anna Kournikova and Enrique Iglesias enough credit for 19 years as an iconic power couple 💕 pic.twitter.com/qypu54zIdV

Sarcasm rarely translates to the page, so don’t mistake what you’re reading for irony: singer Enrique Iglesias is a Hero to men, women and music the world over. His brief 2000s fame was well earned and too short. By the time he released The Ping-Pong Song in 2007, the Latin heartthrob was in deep sets with a tennis beauty.

In 2002 (age 21), she appeared on the cover of FHM Magazine, a copy of which is still worth an insane amount of money today. Her modeling career exploded in 2004 when she appeared on the covers of Maxim and the Sports Illustrated Swimsuit Edition. By the time she stripped down to a bikini for SI, Kournikova had been dating Enrique Iglesias for three years.

The pair met in Los Angeles filming Iglesias’s music video for “Escape.” Kournikova starred as the video’s love interest. Iglesias quipped that he wanted the video to feature as many sex scenes as possible.

The international stars shared a sense of humor, a love for Miami and aversion to the Hollywood Press. They’ve quietly been together since 2001, only reportedly breaking for a short time in 2013. But before Kournikova met Iglesias, she was connected to a Russian hockey star.

Kournikova may or may not have had a short-lived marriage to Russian hockey player Sergei Fedorov. Fedorov insists they suffered a brief arranged marriage. Kournikova stoutly denies the claims and unrelated claims that she dated Fedorov’s teammate Pavel Bure. Any records of their union are tightly guarded KGB secrets in Moscow, unbeknownst to the American media.

And speaking of the KGB, Kournikova’s personal life is more private than a Kremlin bathhouse.

The 40-year-old Kournikova and 46-year-old Iglesias had been together since 2001. Enrique’s father, Julio Iglesias, didn’t even meet her until around 2014. That’s how secret they keep their relationship.

The couple commented to the press about wanting to start a family in 2011. Definite plans remained unlaid. Six years later, apropos of nothing, a set of newborn twins appeared on Kournikova’s Instagram. Their names are Nicholas and Lucy, and they were born in December 2017.

In 2020, Kournikova welcomed their third child and second daughter Mary (aka Masha). The former tennis star has shared rare photos of her baby girl that fans have called the cutest. That’s enough to make twins Nicholas and Lucy jealous.

The power couple has been tight-lipped about their marriage status for years, even though Anna Kournikova shares pics of a wedding band on social media. The tennis star changed her last name to Iglesias on her Instagram (but not her Twitter) after Masha’s birth. That’s about as official as anything, isn’t it?

Kournikova’s life has been one heck of a wild ride, reflected by her $50 million estimated net worth. From teenage tennis fame to magazine covers to “The Biggest Loser” to marrying an international pop sensation to starting a family (plus surviving the COVID-19 pandemic), this ace has seen it all. Anna Kournikova made tennis sexy, and now she’s doing the same damn thing in retirement.

(Author’s note: I wanted a better ending but had to come up with something quick. I have to close all these ‘Anna Kournikova’ tabs before my girlfriend gets home from wor-)